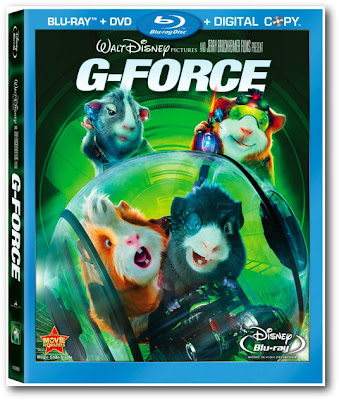 This is a film that I wished we had seen in the theater this past summer. It is a fantastic popcorn-style blockbuster film: tons of action, special effects and excitement! G-Force is a typical Jerry Bruckheimer Tour de Force aimed squarely at the family audience. The films of Bruckheimer should be very familiar to Disney enthusiasts with titles such as the Pirates of the Caribbean trilogy, Con Air, The Rock and Armageddon.

One of the biggest surprises for me was seeing how believable the G-Force characters actually were. The computer-generated graphics never really looked out of place and the interactions with the real-world were plausible and exciting.

Mini-review from my 11-year old: G-Force is a great movie to watch with the family and kids. It is a film about friendship and betrayal. It is a very good comedy, as well. I suggest you watch it over and over! 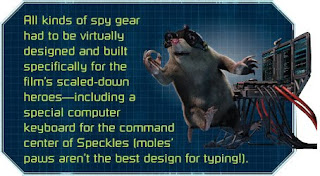 One of the standouts of the film is the technology used by the G-Force operatives: tiny PDAs, telecommunication devices, computers and vehicles. Most of the gadgets were created by Speckles, the unit’s tech and gadget wizard. He is a nearsighted mole that keeps G-Force up and running. Nicholas Cage did a surprising job of realizing the character’s voice and attitude (or lack of). 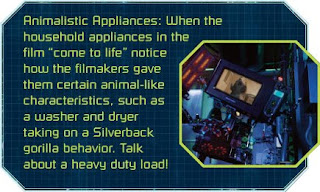 Mini-review from my six-year old: It was so funny. I liked it when they were in the ball car and when the cockroaches made a disco ball. My favorite one was Harley the Guinea Pig that tooted a lot. 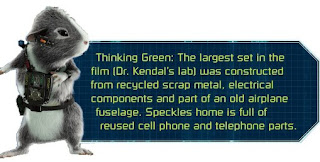 The voice-acting was well done and the actors really got into their roles. One of my favorite characters was Blaster, voiced by Tracy Morgan. Tracy brings his bombastic style from the hit show 30 Rock to the movie. He is a self-realized ladies man and fighting expert. Just like Tracy! 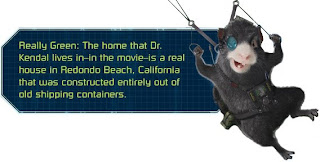 G-Force is a fun and family-friendly movie–with explosions! My kids loved it and the six-year old told me that he wants to watch it every day for the rest of his life. Now I am glad we have the combo pack with the Blu-Ray, DVD and digital download. 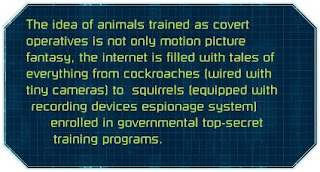 Behind the Scenes: Bloopers (Bonus)
Don’t forget to stop by our site and leave some Disney Geek love!