One of our Bothan Spies* ran across this document and thought the readers of Imaginerding would love to see it.

In a rare move, Imagineering has dusted off a plan straight from Michael Eisner!
It was first suggested as a holiday overlay for Spaceship Earth when Butterball Turkey was briefly considered as the new sponsor for the attraction. It looks like it will be used next year for the 2010 Food and Wine Festival and Thanksgiving Holiday.
I call the leg! 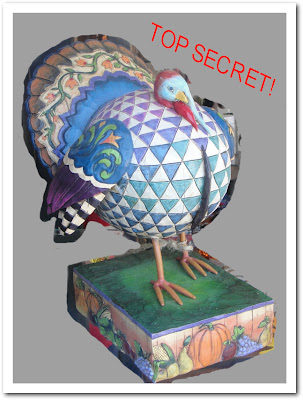 * We actually love and respect Honor @ Blue Sky Disney–it is just a fun reference. He always has the best rumors from his Bothan Spies!
Don’t forget to stop by our site and leave some Disney Geek love!