As part of the promotion of Santa Buddies, Disney has released a recipe for Candy Cane Buddy Biscuits. 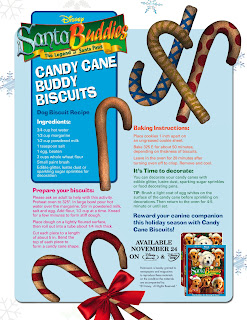 Click on the image to see a larger version.
The boys helped make the Candy Cane Buddy Biscuits and the dogs have absolutely loved them! Ours didn’t turn out as pretty as the ones on the recipe page, but the dogs didn’t seem to mind. 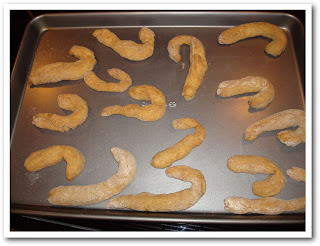 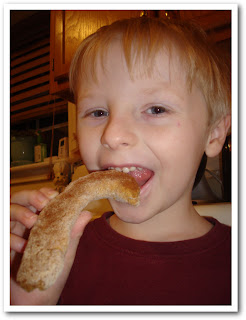 The six-year old was modeling for the dogs on how to eat the candy canes. And no, he did not eat one (no six-year olds were harmed during the writing of this post).
Don’t forget to stop by our site and leave some Disney Geek love!