The Disney blog-o-sphere has grown tremendously over the past few years with the addition of quite a few talented bloggers. It can be confusing to peruse all of the different sites and to try and place a person with a site. Therefore, Andrew and I decided that we wanted to highlight our good blogging buddies and ask them to answer a series of precise and predetermined questions. Andrew and I spent years in a Disney think-tank perfecting the questions presented below. For this Meet Our Neighbor segment, we asked AJ from The Disney Food Blog to muddle through our questions. AJ has a passion for dining at Walt Disney World and her blog is always full of tantalizing and tempting photos of mouth-watering eats.

What is your earliest Disney memory?
Standing in the roped off, outdoor queue line for Journey into Your Imagination during Spring Break in unbearable heat. I don’t know WHY my parents did that to themselves.

What is your single favorite attraction?
Space Mountain, but only when riding in the front of the car! 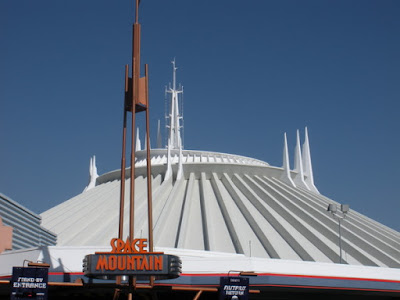 What is your favorite Disney and non-Disney movie?
Disney: Bedknobs and Broomsticks
Non-Disney: White Christmas

What is your least favorite park?
In Walt Disney World, I’d have to say DHS for atmosphere. It feels patch worked over there; I never know what I’m supposed to be experiencing from one section to the next. Maybe it’s because the themeing is subtle in some areas; I’m just not keen enough to catch it.

What is your favorite park?
Again, in WDW, probably Epcot. It’s a nostalgic thing for me. It was always my favorite as a kid — World of Motion and Horizons were my favorite rides in Disney World. I actually don’t remember much about visiting Magic Kingdom as a kid, but Epcot will always be a fond memory.
Now, walking into the park and hearing that beloved Epcot background loop soundtrack makes me feel like a kid every time. 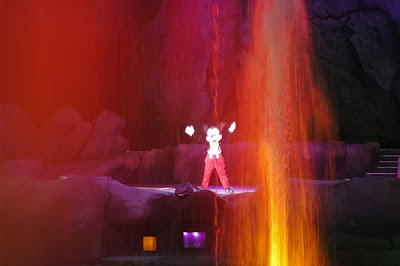 Who is your favorite Disney character?
Mickey Mouse. I really wanted to answer something else, like the Evil Queen or Pinocchio. But that wouldn’t be true. Every time I see Mickey Mouse my heart starts beating faster. And I’m a sucker for the Mickey Mouse Clubhouse. I already miss Wayne Allwine. 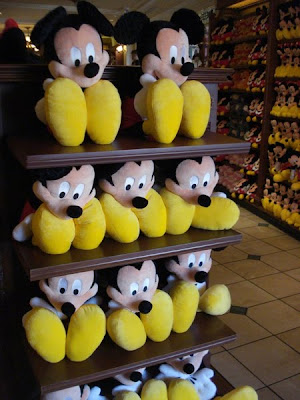 What is your favorite Disney song?
I’ll have to go with nostalgia again on this one! My dad always bought park soundtracks on vinyl and somehow rigged up a way for us to listen to them in the car on the drive between Buffalo and Florida every year, so the themes from American Adventure, World of Motion, O Canada, and the other Epcot rides were burned into our brains. I was always a fan of Veggie Veggie Fruit Fruit, but I’m pretty sure that’s because I’d lobbied pretty hard to get a plush version of the mariachi tomato.

If you could switch places with any historical or living Disney employee,who would it be and why?
I’m not sure about this one, so I’m going to say the first thing that popped into my head: Julie Andrews. She counts as a “Disney employee,” right? I want to be Mary Poppins.

What is you’re must eat food at WDW?
One!? You know I write the Disney Food Blog, right?! My “must eat” changes every time I eat at a new restaurant. Dole Whips, Tonga Toast, Mickey head rice crispy treats, Yachtsman steak with garlic butter, ooey gooey toffee cake from Liberty Tree Tavern, Mickey waffles…I think today my answer is going to be the Potato and Leek Soup from Rose and Crown. That’s what I’m most looking forward to on my next trip. 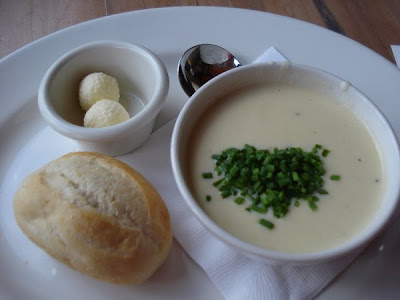 Favorite place to stay at WDW?
I love all of the Disney hotels, but I feel most at home at Wilderness Lodge. Though walking to Magic Kingdom from the Contemporary and to Epcot from the Beach and Yacht Clubs and Boardwalk is pretty great…

What is your favorite place to be at WDW?
The Carolwood-Pacific Room at the Wilderness Lodge Villas when it’s cold outside. 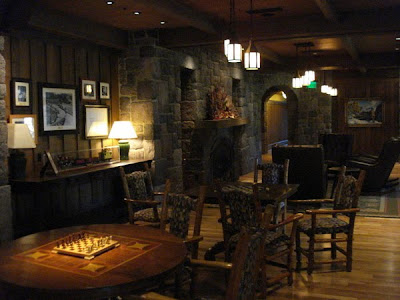 What is the first thing you want to do on your next trip?
I’ve really had a hankering to ride the Haunted Mansion. All of the 40th Anniversary news made me excited to see things I’d never noticed before.

What is your favorite fireworks show?
Christmas Illuminations. They just go on forever with that finale! It’s amazing. I’ll never forget snagging a table on the Rose and Crown patio and just staring at that display. WOW!

Where did you develop your love of Disney?
My parents took us to the parks as kids. While I loved the Disney movies, I loved the parks more. As I mentioned — Epcot had a certain hold on me. I just loved that place, and when I got older, I started booking trips while in college. I’d never stayed at the Disney resorts before, and staying for a long weekend at the Animal Kingdom Lodge while in grad school (free upgrade to savanna view) just knocked it out of the park for me. I’ve been hooked ever since.

If you had to choose parks or movies, which would it be?
Probably parks.

Does any forensic evidence exist linking you to the Kennedy assassination?
No comment. And the fact that I live very close to downtown Dallas means nothing.

Would you make any major changes to the current design of any of the parks?
This is a tough one. If I were to change anything, I’d hire a bunch of really smart people (like Imagineers) and tell them to do something new with DHS. 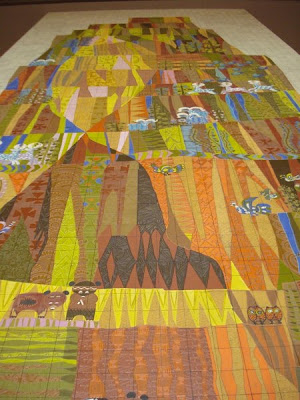 What is the most significant architectural feature of WDW?
Significant? Cinderella Castle. My favorites? The lobby of the Wilderness Lodge, Mary Blair’s mural in the Contemporary, the Morocco Pavilion, and Norway’s Stave Church. 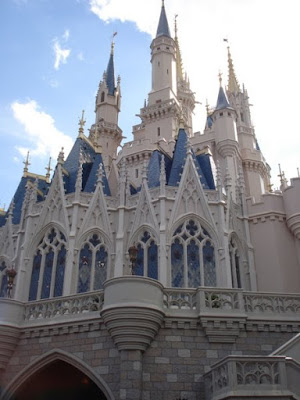 What is the weakest Epcot country?
Italy. Include a gallery in the back of the pavilion. Have TWO restaurants, PLEASE! It’s ITALY! I’ve traveled to several of the countries represented in Epcot’s World Showcase, and Italy is by FAR the least well-represented. There’s so much that could be done with that pavilion.

What is your favorite Disney guilty pleasure?
Besides writing the Food Blog? 😀 The two things I love to do in Disney World are stay in nice hotels (definitely a guilty pleasure) and eat. We schedule our theme park activities around food. It’s true. And while we exercise regularly while we’re there, that’s only to clear some space in our stomachs for the next meal.

Where do you spend most of your time online when in the Disney-sphere?
I lurk and post on all of the major message boards and websites, but I spend lots of time over on http://Dismarks.com (Disney social news website) and http://www.WDWforGrownups.com (info and forums). I also spend a LOT of time writing and maintaining the blogs and websites that I run.

You are the CEO and you have to cut one division: film, animation, parks, music, ABC, or ESPN. Where do you start cutting?
The live-action films of late have soured me on that division. Honestly, I can’t believe I’m saying that, but it’s true. Please remind me of some good ones, because I’m feeling pretty rotten about this answer.

Do you have any money we can borrow or have?
Yes, just give me your bank account number and authorization codes, and I’ll have it transferred.

How do you feel about Disney’s stance to remove Song of the South and other period specific pieces from its association?
Sometimes we try too hard to make everybody like us.

If you could change one thing about a Disney Movie, what movie would it be and what would you change?
Remove Dwayne Johnson from the Disney payroll.

Which Disney Hotel could you live in for the rest of your life?
Again, I’d have to pick Wilderness Lodge. They have the best jogging trail. And s’mores are readily accessible over at Fort Wilderness next door. Plus they have duck races every day. Who else has duck races? 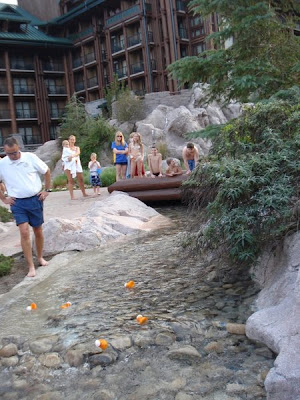 What is your favorite Disney book?
Peter Pan Little Golden Book. Again, nostalgia. As an adult, though, I love the Behind the Scenes Imagineering books of the WDW parks.

4 thoughts on “Meet Our Neighbor: AJ from the Disney Food Blog”