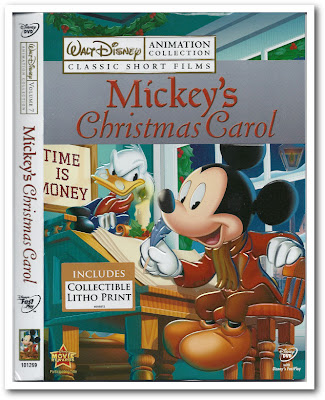 This is the seventh release in the Walt Disney Animation Collection Classic Short Films series. You can read my other reviews here and here.
Just in time for the Holiday Season, WDSHE (Walt Disney Studios Home Entertainment) has released a collection of four classic animated shorts. The headliner of the collection is Mickey’s Christmas Carol which was originally released in 1983 along with the re-release of the Rescuers. We follow the familiar Dickens’ tale with the addition of Disney characters in the lead roles. This short also marks the first time that Wayne Allwine voiced Mickey Mouse. 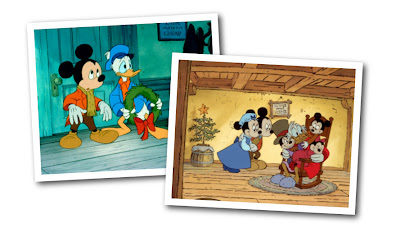 The second short is The Small One, which tells of a boy who must sell his beloved donkey since it is no longer strong enough to work. The boy takes the donkey to Nazareth since the boy’s father wants him to sell the donkey. The short was originally released in 1978 in front of the re-release of Pinocchio.

Pluto’s Christmas Tree is a very familiar 1952 Mickey Mouse short. Mickey is decorating his house for the holidays and decides to take Pluto with him to cut down a Christmas Tree. Normal Pluto antics ensue when it is discovered that the tree in their living room is also the house for Chip and Dale. 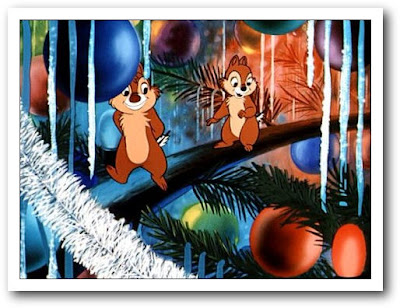 The last short is Santa’s Workshop, a 1932 Silly Symphonies cartoon that is a musical look at Santa’s Workshop at the North Pole. We see Santa going over the naughty and nice list, the elves caring for the reindeer and the machinations of the workshop.

The entire DVD clocks in at over an hour of animated holiday magic. It is sure to entertain the kids (and older kids-at-heart) during the upcoming season. Make sure to grab a cup of hot chocolate and a few of your favorite people to share these films with during the colder months.
Don’t forget to stop by our site and leave some Disney Geek love!