Growing up in the ’80’s, I expected this film to have a lot more punch and life-related humor based largely on the very misleading advertising campaign during the theatrical release. In essence, Adventureland tells the story of a ragtag group of amusement park employees that do their best to survive the summer and each other. Billed as a coming of age story by the creative force of Judd Apatow and Greg Mottola (Superbad), I was expecting more laugh out-loud moments and less a tale of growing up; I was pleasantly surprised by the depth of the characters. As a caveat, I would be careful about showing this film to anyone under 18 simply due to the rampant drug use. 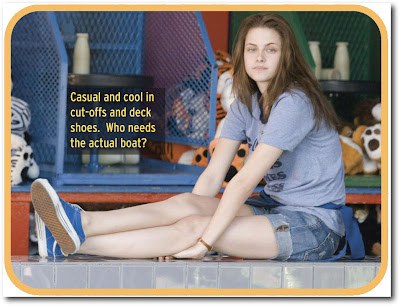 The main character, portrayed by Jesse Eisenberg, is a recent college grad that needs to make money over the summer to help pay for graduate school. His only option is the local, low-rent amusement park operated by the hopelessly inept (and amazing) Bobby (Bill Hardin) and Paulette (Kristen Wiig). He meets a group of lackluster and bored co-workers and desperately tries to fit in. Kristen Stewart (Twilight) plays his emotionally tortured love interest. At its basic form, Adventureland is a boy meets girl story–with several twists. 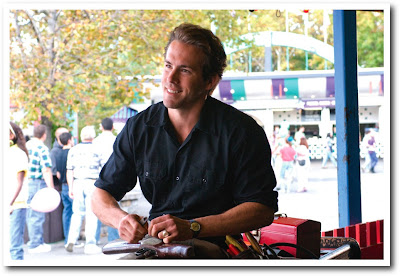 Some of my favorite actors portray characters facing all aspects of life changes and issues. Ryan Reynolds is a former hotshot musician that finds himself trapped by his life and his lethargy. His only freedom is seducing the young female workers. Bill Hardin and Kristen Wiig are the married couple that run Adventureland. As altruistic as they are as amusement park owners, they are doing their best to keep up in a world that has left them behind. 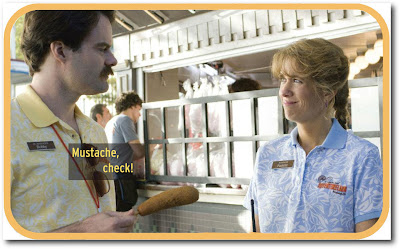 I did enjoy the film and I am glad it is in my collection. If you were a young adult in the 1980’s or happened to work in a local amusement park, Adventureland will resonate with you and make you think fondly of the good old days. This movie is not for everyone–the humor is scatological at times and the filmmakers try to mix in moments of subtle whimsy. The story never feels heavy handed and the journey that Eisenberg’s character takes is very poignant. I do urge you to give Adventureland a try–just don’t expect the laugh-a-minute comedy like Superbad.
Featurette: Orientation 2 (Bonus Footage)
Don’t forget to stop by our site and leave some Disney Geek love!

One thought on “DVD Review: Adventureland”