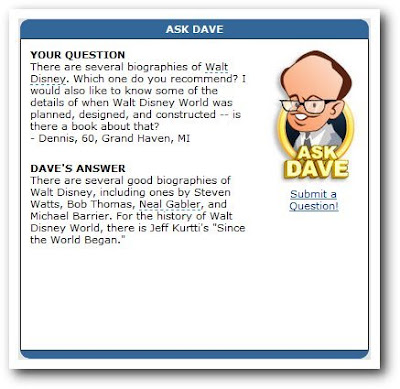 In this week’s Disney Insider, a reader asks Dave Smith a question about biographies on Walt Disney and the planning, designing and construction of Walt Disney World.