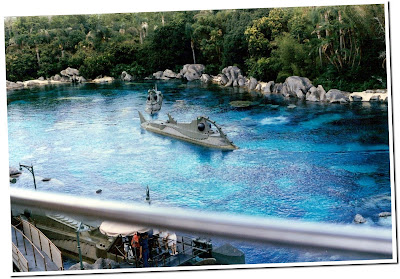 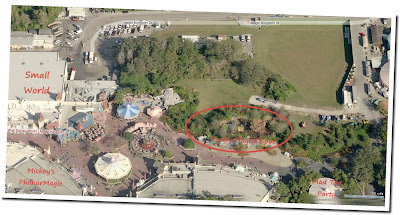 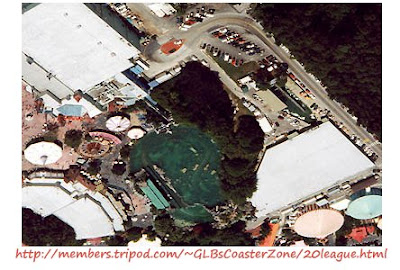 You can see from the two shots above, that a lot of land was cleared after 20K was removed. The top photo is a recent satellite image and the shot on the bottom is a circa 1999 aerial photo from:
http://members.tripod.com/~GLBsCoasterZone/20league.html
For more information, visit the 20K site at Widen Your World and Walt Dated World.
You can see all of the Way Back posts here.
Don’t forget to stop by our site and leave some Disney Geek love!