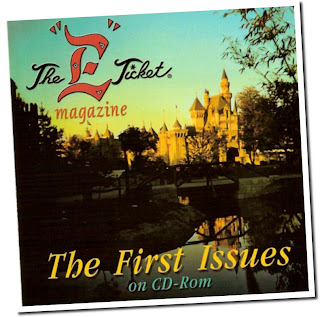 The E-Ticket began publication in 1986 by Disneyland fans and brothers, Leon and Jack Janzen. Leon passed away in September 2003 and issue #40 was their last one together. Jack has produced 5 issues since then, with the final one on the way.

The E-Ticket is one of my favorite publications. The Brothers Janzen were obsessed with Disneyland–in a good way, of course–and their proximity to Disneyland allowed them to reach many Imagineers throughout the years. The magazine is filled with interviews, ride histories (and layouts), collectibles and wonderful photographs. One of my favorite recurring segments is Wings-Over-Disneyland where they feature an aerial shot of the park.

The articles are a step above most books and blogs due solely to the level of research. Besides a handful of bloggers, no one has written anything that comes close to the level of the Janzens for their research and academic style. The E-Ticket is a treasure to the hardcore Disney Geek. It is truly a one-of-a-kind resource.

Over the years, the early issues have become very scarce and very expensive. The Janzens have released two CDs that cover the first 16 issues and they are still available through their website. Various issues are still available in print (starting with issue #25) and well worth the cost. I am very excited to get my hands on volume one of the CD and five additional back issues. I own volume two, as well, and it is a treasure. 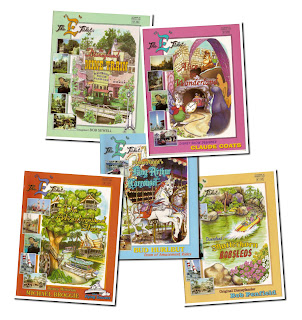 The Walt Disney Family Museum owns The E-Ticket. As of this update (11/16/14), there has been no mention of any plans to re-release the material.

One thought on “The E-Ticket Update”