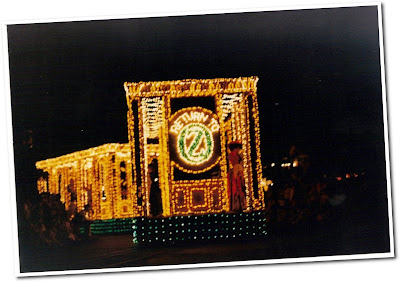 In 1985, Disney Pictures released the film, Return to Oz

–a sequel to the Wizard of Oz that is based on Frank L. Baum’s Ozma of Oz and The Marvelous Land of Oz. The photo above is the Oz float from the Main Street Electrical Parade from the summer of 1985 (MSEP ran from 1971-1991). The parade float did not last too long, as the movie was not a financial success.
The picture below is the Emerald City from the Storybook Land Canal Boatride in Disneyland Paris. It is the only tribute to the 1985 film that exists. Although, there is rumor that a key to Tik-Tok is hidden in Splash Mountain. 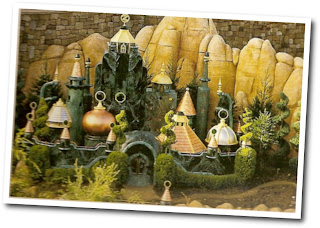 You can see the entire Way Back series here.

9 thoughts on “Way Back Return to Oz”