Apparently, I spoke very highly of the candy from Mickey’s Not-So-Scary Halloween Party on the WDW Radio Show with Lou Mongello.

Colin, from The Disney World blog contacted me about donating some candy to my, uh, personal cause. Since Colin works for a major candy company, he has access to some great stuff. 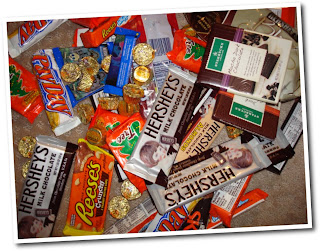 As long as Lou doesn’t come asking for his 10%.