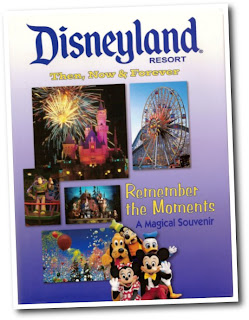 This book quickly jumped into the list of my favorite Disney-related books. Published to celebrate the 50th anniversary of Disney’s inaugural park, Disneyland Then, Now and Forever looks at the history of Disneyland with a rather unique twist. It replaced the traditional souvenir guides that you could purchase at the parks. Earlier guides were presented as a companion to your vacation. Usually, they saw minimal changes throughout the years. In this instance, it is so much more.

The unique aspect is that it takes us through the past five decades of Disneyland Resort. Not only do we look at the attractions, but we see the traditions of Disneyland as they have changed and progressed throughout the years. This book is also one of the first sources to show you what attractions existed before the current ones.

Take the section on Big Thunder Mountain Railroad, for instance. It covers every attraction that stood in that area since the beginning of the park: Big Thunder, Mine Train Thru Nature’s Wonderland, Rainbow Caverns Mine Train and the Stage Coach and Pack Mule trails. Full-color, full-page photos that show the attractions, the ride vehicles and the landscaping. It is a wonderful way to look at Disneyland–you get a better sense of how the park was arranged and how it has evolved through the years. 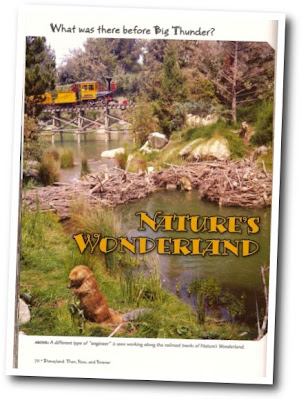 What was there before Big Thunder? Nature’s Wonderland.

As a Disney enthusiast, my only criticism is also one of the book’s main strengths: the layout. Like previous publications that Bruce Gordon has created, Disneyland Then, Now and Forever is artistically and stylistically beautiful. The modern page layouts are inviting and attractive. The information is presented in a readable and entertaining format. Yes, the artwork presented is one-of-a-kind and was never before published–but I kept longing for larger shots and less large-scale pictures that got lost in the fold. I know, I can’t have everything!
It is almost shocking to run across a shot of Tomorrowland with wide avenues and not a current building in site. Seeing where the park has been and where it is now is wonderful; I can almost imagine the excitement that guests of the past felt walking towards the Moonliner Rocket. 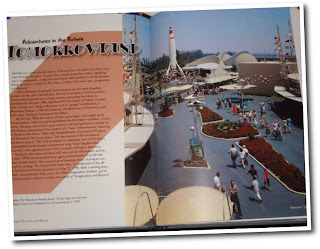 The book offers plenty of surprises: concept art, the infamous ride posters, rarely seen photos, some intriguing secrets and some less secret secrets. All-in-all, this book offers something for everyone. Even if you are a Walt Disney World only fan, seeing Disneyland presented with such love and excitement will open your eyes to the Magic Kingdom’s older sibling. Remember, there would be no Walt Disney World without the successes of Disneyland. 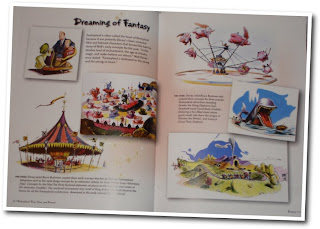 The authors take us on a journey through most of Disneyland’s history. Throughout the journey, we share snapshots as if in a scrapbook of our vacations. We see how Disneyland has grown and how it has changed. Some moments are wistful and some are potent. But honestly, was the Dairy Bar any different from Club Cool at Epcot? All of the current attractions (from the 50th Anniversary) are covered–there is more presented than just Disneyland’s history. This is quite a remarkable look at an amazing theme park. 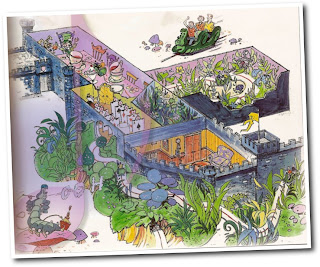 Bottom Line: Anyone who has spent time at the Disneyland Resort needs Disneyland Then, Now and Forever on their bookshelves.It is not as comprehensive as The Nickel Tour or Disneyland: Inside Story, but it offers a very accessible history of Disneyland. It is a nostalgic and heart-warming trip through Disneyland’s first 50 years. You won’t regret owning this book–there has not been anything else published like it.
Other Disneyland books I have reviewed:

3 thoughts on “Book Review: Disneyland, Then, Now and Forever”