For all of my Disney Geek brethren on the West Coast… 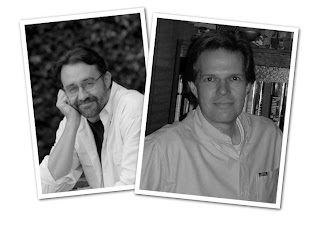 From the Press Release:

Don and Jeff will be on hand for a special appearance and signing from 9 AM to 11 AM at Bonanza Outfitters in Frontierland.

The Alchemy of Animation: Making an Animated Film in the Modern Age

is a step-by-step introduction to animated filmmaking from one of the foremost producers of animated features. By drawing upon more than seven decades of Disney’s beloved classic animated films, this stunning book explores the role of directors, story artists, songwriters, and animators who each play an integral role in the creation of an animated feature. This book includes a special focus on the digital techniques of filmmaking and fresh, behind-the-scenes work from the most currently Disney films, including Chicken Little, Meet the Robinsons and Bolt, as well as showing other forms of animation such as the stop-motion of Tim Burton’s The Nightmare Before Christmas and James and the Giant Peach.

The Alchemy of Animation: Making an Animated Film in the Modern Age

by Walt Disney Animation Studios Producer, Don Hahn will be available for $19.95 tax.

Although Disneyland was the idea of one man, Walt did not achieve this history-altering concept on his own. Using his innate talent for combining disparate skills and personalities, he assembled a creative team that blended imagination with engineering. Walt called this group his “Imagineers.” Walt Disney’s Imagineering Legends and the Genesis of the Disney Theme Park introduces a core group of the originators of Disneyland and the other Disney parks. It explores their individual relationships with Walt and each other, their creative breakthroughs and failures, and their rivalries and professional politics. This candid narrative of their lives and contributions to a very special form of entertainment illustrates why, half a century later, their work continues to be vital and important to millions of people every day all over the world. Lavishly illustrated throughout with rare and never-before-seen artwork and photographs, this book will further enrich the reader’s appreciation of the exceptional talent behind Disneyland’s creation and ongoing evolution.

by Author and Disney Historian, Jeff Kurtti will be available for $35, plus tax.
Disneyland Press Release

You can read my review of Walt Disney’s Imagineering Legends here.