Skip to content
The development of the idea of Disneyland has fascinated researchers, enthusiasts and historians. Several have wondered if it would be possible to pinpoint an exact time or place where the idea firmly took root. In his book, The Mouse Machine

, J.P. Telotte takes a stand that everything flowed from what Walt knew best: the films and animated shorts.

The first step in developing Disneyland –and its subsequent offspring–involved creating a kind of entertainment hybrid, an amalgam of the amusement park and movie experience. Of course, since in the early 1950s Disney was still primarily a film studio, much of the initial thinking about a theme park inevitably grew out of this background. The artistic roots of Disney were, after all, firmly planted in the movies themselves, and as Fjellman notes (Vinyl Leaves)

, the various stories Disney has told whatever their original source, were typically “transformed in the interest of cinematic presentation”. […] European fairy tales were not simply given a new ideological flavor–or what some would term “Disneyfied”–but were also usually reconceived very much in filmic terms. Moreover, Walt’s first musings on the theme park concept in various ways centered precisely on the work of his film studio. As early as 1940, he had begun talking to colleagues about ways to showcase “Disney characters in their fantasy surroundings,” and in 1952 he sought permission to create a facility adjacent to the studio–one that would combine studio tours with various fantasy attractions. 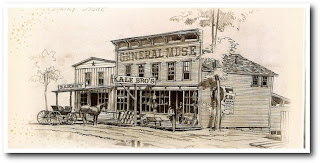 An additional emphasis on this cinematic dimension naturally followed from several key staff additions Walt brought in to assist him in thinking about the park project. Art directors Richard Irvine and Marvin Davis were both hired from Twentieth Century-Fox to help suggest and design the attractions that would fit into the general park design initially drawn up by Walt and Harper Goff, a Disney animator. Other studio artists were soon added to the design staff–John Hench, Ken Anderson, and Marc Davis–forming a design group that approached the park project in a familiar way, as if it were a kind of film, as they not only looked for links to specific movies that might lend themselves to translation into an experiential medium, but also drew storyboards for all the proposed attractions, just as they did for their cartoons, and paid careful attention to point of view, as if they were conceiving of the rides and their details precisely in terms of camera placement. And as Bob Thomas notes, Walt himself reinforced this cinematic inflection. For just as he had with the studio’s films, Walt contributed his own vision of the rides’ narrative dimensions, for example, describing “they enter Snow White ride as if it were a movie cartoon, visualizing all the park’s attractions for the designers just as he had brought cartoons to life for his animators”.

—The Mouse Machine: Disney and Technology 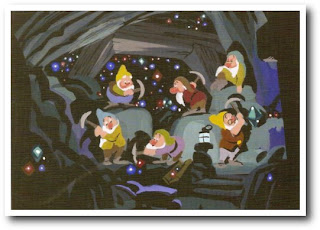 As stated in many books focusing on Disneyland, Walt Disney asked a good friend and architect, Welton Beckett, to help with Disneyland planning and development. His reply to Walt was to get his own people to do it–the people that understood creating fantasy.