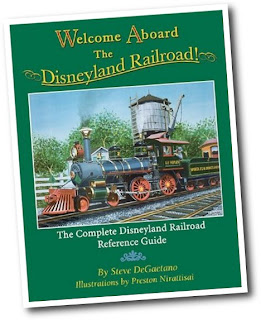 Welcome Aboard the Disneyland Railroad!

by Steve DeGaetano and illustrated by Preston Nirattisai. 320 pages, 2004.

To say that the book is comprehensive is an understatement. Steve takes us through a journey that recounts the genesis for the Disneyland Railroad and ends with a look at hobbyists and creating your own Disneyland-inspired model railroad. In between, he covers everything else. The book is obviously home grown–Steve has a deep passion for the Disneyland Railroad and it shines through. Many of the photos used are the author’s own and the book is filled with CAD (computer aided drawing) drawings by Preston that provide unparalleled details about the engines, rolling stock and railroad buildings. 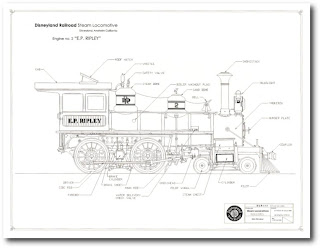 The major sections of the book give a detailed look at what is presented: 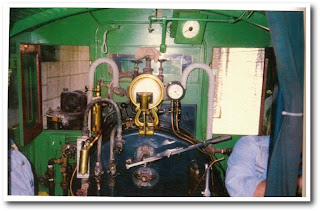 Steve has spent years researching and putting together this guide. He has managed to compile the most comprehensive guide to running and operating the Disney steam trains. Fortunately for us, Steve has been able to spend countless hours riding the Railroad and talking to the crew and engineers. It is obvious that running the Disneyland Railroad is a serious and expensive endeavor for the Disney Company. The section on restoring the engines was quite insightful. Steve was able to spend the day in Roundhouse and saw the Disney engineers and maintenance workers steam up the engines and work on routine maintenance.

One of my favorite sections deals with the structures of the Disneyland Railroad. Steve provides a very detailed look at each station along the route with pictures, facts and a meticulous look at the artifacts in the stations. Preston has also created detailed CAD drawings of the Main Street and Frontierland/New Orleans Stations. The obviously amateur photographs were one of the weaknesses of the book/ I do appreciate the photos that Steve was able to take, but I wish they had been clearer or a little more professionally done. The CAD drawings are mesmerizing and at times overwhelming in their detail. 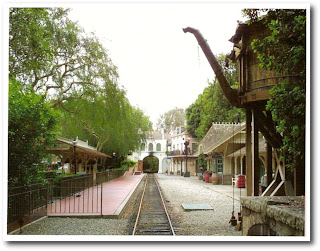 Bottom Line: This is a fantastic resource about the Disneyland Railroad; future researchers will treasure this volume. It is not for the casual enthusiast or the general Disney Geek, although the history of the engines and the sections on the spiels and structures will make anyone happy. The majority of the book is so focused and so in-depth that it will appeal mainly to the Disneyland Railroad fan and the railroad enthusiast.

One thought on “Book Review: Welcome Aboard, The Disneyland Railroad!”