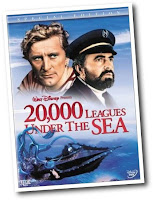 was released in 1954. Just as Walt was heavily involved in planning and constructing Disneyland. At the same time, the United States Navy had commissioned the USS Nautilus–the world’s first nuclear-powered submarine

At the time, this could be considered a huge publicity coup (for a lack of a better term) for the film. The U.S.A was in the grips of the Cold War and nuclear power was seen as the future and the end of the future at the same time. There was some fear and consternation about a nuclear-powered submarine cruising the oceans of the world. Also, in the film adaption, it appears as if Captain Nemo’s Nautilus is a nuclear powered sub, as well. The fact that the USS Nautilus was patrolling the world’s seas and Captain Nemo’s submarine shared the same name obviously had some commercial tie-in–before there was a lot of commercial tie-in. 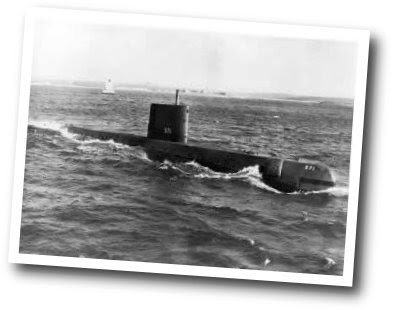 Since the U.S Navy had christened the ship the Nautilus, it was an easy tie-in to the film. Both were discussed fairly often in the media outlets. The submarine was the sixth naval vessel to bear the name Nautilus and it is the fourth submarine with the name. The movie was Disney’s highest grossing film to date. 20,000 Leagues Under The Sea was also Disney’s first film to use CinemaScope. CinemaScope is an anamorphic widescreen format that was first used in 1953. It still influences most modern films.

Fast forward to Disneyland 1959 and we have the premier of the New Tomorrowland! The Submarine Voyage, the Matterhorn Bobsleds, the re-vamped Autopia, the Monorail and the Motor Boat Cruise all premiered that summer. The Submarine Voyage ran until 1998. It re-opened 9 years later as The Finding Nemo Submarine Voyage. The original 1959 attraction also paralleled the real USS Nautilus’ voyage to the North Pole. 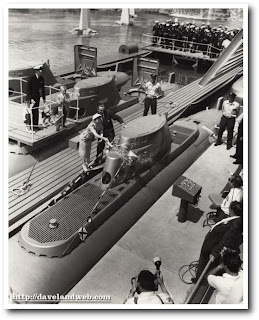 Walt Disney helps to christen the Nautilus for the Submarine Voyage at Disneyland, 1959
(Image courtesy of Daveland). 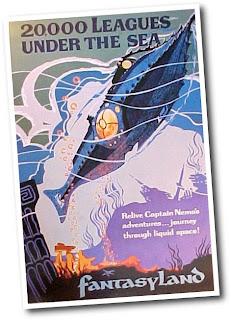 The 20,ooo Leagues attraction opened at the Magic Kingdom at Walt Disney World in 1971 and operated until 1994. A direct descendant of the Submarine Voyage, but this time you relive Captain Nemo’s voyage from the film–even though it is very much the same ride as the Submarine Voyage from Disneyland. One difference from the Disneyland attraction was that at the Magic Kingdom, each sub was the Nautilus, from Harper Goff’s original designs for the film.

You can read more about the Magic Kingdom’s 20,000 Leagues over at the always amazing Widen Your World.

Thanks to Daveland for providing the vintage Disneyland photo. If you aren’t a regular reader of his blog, you should be!