Jason, over at Disneyland Nomenclature sent me a copy of a picture he had taken while Disney’s California Adventure was under construction. This particular picture was taken in the Esplanade.

Jason sent it to me after seeing a post I did a few weeks ago. 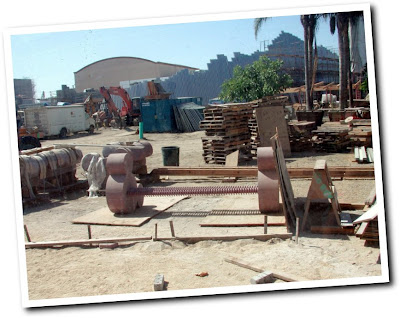 I really love how it looks like an archaeological dig. You can see a show building and the facade of Disney’s California Adventure in the background.

Jason is compiling a Disneyland Encyclopedia at his site. Make sure to head over there and leave him some Disney Geek love!

2 thoughts on “Under Construction”