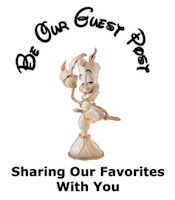 A friend of mine, Elizabeth Caran is a librarian and Disney Geek. I ran into her on Disfriends–I couldn’t believe there was another librarian and Disney fan (any more of you out there?). We often send e-mails about our upcoming trips or the latest Disney news–usually they are the “Ha ha, I am going to Disney and you are not” variety. Funny as it may sound, we don’t talk about books! Elizabeth wanted to write about her Disney Obsession, but didn’t feel like she had the proper outlet to play in the big leagues (her words, not mine). She mentioned that she went to the Disney Institute a few years ago and I immediately asked her to write something for Imaginerding. She sent this to me almost without blinking. See, I think every librarian has a writer deep inside of them. Most of the time we have to keep them from clawing their way out.

Make sure to leave a comment if you would like to read more of Elizabeth’s musings on Disney. Maybe she can tell us more about her experiences at the Disney Institute!

I’m going to Disney in a couple of weeks with my Mom. We’ve done this once before, just the two of us, and it was awesome, so I’m really looking forward to doing it again. Of course, a lot has changed since then. And even though we’re staying at the Contemporary with a view of the Magic Kingdom, something tells me that this trip won’t be nearly as cool as the first one.

That’s because back then, January 1-5, 1997, we stayed at a one-bedroom villa at the Disney Institute. It was the first time either of us had been there, and we loved it so much, we took my sister back the following year. I’m especially glad we did that since the program closed down shortly after that. I should have known it was too good to last.

It’s a shame more people didn’t take advantage of the Institute. The programs were really fabulous. Sure, you had to give up some time in the parks, but the trade-off was well worth it… especially when traveling with someone like my mom, who doesn’t walk super-fast or like any sort of thrill rides. We spent any spare time we had at Epcot, and that was just fine with her. 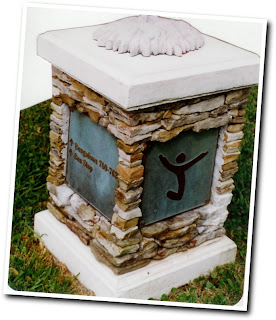 I took many classes at DI. Mostly cooking classes, as I was 25 and living totally on my own (no roomies) for the first time in my life. I was about to buy my first house, too, so I tried a gardening class… something that taught me that whatever I did in life, it would NOT be keeping plants alive. I took a couple of animation classes because let’s face it, this is Disney… where else would you want to learn animation?! But my favorite story actually came from an architecture class.

We had an instructor who explained a lot about the faux painting and trompe l’oeil techniques that Disney used to create illusion and tell stories in their buildings and features. He talked about the “weenies” of the park, like the castle and the tree being designed at the new Animal Kingdom Park. He informed us that Tower of Terror is exactly 199 meters (or is it yards?) high because at 200, they would have to put an airplane signal tower on top – totally ruining the effect, and then we went on a field trip to the Wilderness Lodge.

I had never been to the Wilderness Lodge, so I did what EVERYONE does when they walk into the huge lobby… I looked up. Sure enough, so did everyone else. Our instructor immediately turned our attention to the two huge totem poles and told us of opening of the resort. 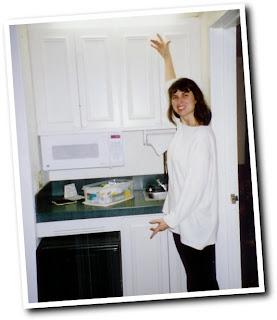 In Disney’s constant quest for perfection, they invited Native American representatives from the Pacific Northwest to come in and see the resort. They wanted to know if it was authentic, and faithful to any Native American culture it portrayed. Just as I did, the first thing the representatives did upon entering the brand new, almost open building is look up. And they immediately said, “uh oh.”

DISCLAIMER: I am repeating the story I was told in my tour… I have no idea how accurate this information is…

“Well, that’s Eagle and Raven,” one gentleman replied. “There… at the tops of the poles.”

“Yes?” asked the Disney dude. “Are those not accurate representations?”

“Oh, yes!” the gentleman returned. “But they are enemies, you see. They probably would not even be in the same area… but if they WERE… they would certainly be facing away from each other. Here they are very close, and looking right at one another.”

There was a long pause. There was some nodding. Some blinking. A baby cried somewhere. Crickets… Then Disney dude finally replied…

“This is Disney World. Everyone gets along. So moving forward…”

Don’t forget to leave some Disney Geek love for our latest Be Our Guest poster, Elizabeth!