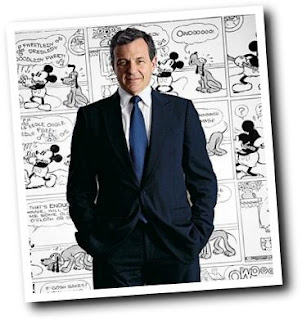 At the beginning of February, shortly after Disney announced less than stellar earnings for the fourth quarter, they announced a new five year deal for CEO Bob Iger. The deal guarantees Iger a cool two million a year with performance-based incentives that could carry the chief over the 20 mill a year mark. After years of excessive packages granted to Eisner, the board gave Iger a smaller guaranteed package and tied the majority of his compensation to company performance. Is it justified? Initially the 20 million a year figure puts lumps in my throat, but dig a little deeper into Iger’s short tenure as Chief Rat and it is clear he has changed the disastrous layout of the company Eisner left in disarray.

A day after Iger was named CEO in March of 2005, uncertainty swirled around the damaged relationship between Disney and Pixar. CNN/Money ran an article about Iger on March 14th saying this about the very public cold war:

It’s not known whether Iger, a veteran of Disney’s ABC television unit, and Jobs have discussed any deal — or whether they even like each other. Both companies have moved forward with post-separation plans.

As it turns out, it was Steve Jobs who championed Iger to a beleaguered Lasseter. Lasseter was worried that Disney would turn Pixar into a straight to video franchise. He openly told Jobs he feared another Cinderella II situation with the characters they had created. A year later, Lasseter gave insight in an interview with Forbes Magazine (May 16, 2007) to the previous years talks with Iger and how Jobs had opened his mind to discussing the merger with Iger:

We wondered if a deal like this would ruin it all. But Steve said to Ed [Catmull, Pixar’s founder and president] and me, “Get to know Bob Iger. That’s all I can say. He’s a good man.” 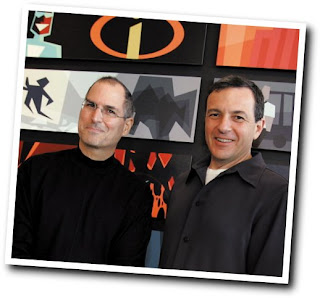 On his first day as CEO of Disney, Iger called John Lasseter and began healing the open wounds that had festered due to Disney’s refusal to work with Pixar under Eisner. Soon after, he went to John’s house to have dinner with the Lasseter family. It was at that dinner that Lasseter began to see where Iger differed from the previous czar. Iger passionately imparted that animation was Disney’s engine and that the engine was broken. He knew Lasseter could fix it. In an interview with Fortune Magazine in May of 2006, Lasseter recalls how Iger shared his moment of clarity about merging Pixar into Disney:

He told me his epiphany happened when Hong Kong Disneyland opened last fall, and he was there with his young kids watching the opening-day parade. He was watching all the classic Disney characters go by, and it hit him that there was not one character that Disney had created in the past ten years. Not one.
All the new characters were invented by Pixar. That’s when he made the decision.

I was still nervous about how Pixar was going to change if it became a part of Disney. And Bob simply said, “This is going to be very expensive, so it’s in my best interest to do everything I can to keep it the same.” He was so calm and logical. No politics, no hidden meaning. 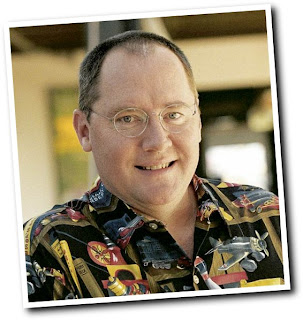 Before meeting with Lasseter, Iger had already realized Disney’s reputation was suffering due to the rash of sequels that populated discount bins. The quantity over quality mentality of the straight to video market had diluted the brand name by flooding the market with B quality product. After mending fences with Pixar, Iger promised to review the home video division of the studio. It was a quick decision to cut the division, even though it was profitable. The decision to eat short term profits for the sake of the long term value of the brand seemed to many the coronation of Iger as rightful steward of the Disney Company.

With Lasseter now reporting directly to Iger, a bizzaro Eisner/Wells team emerged. Iger was the Wells-like leader who corralled Eisner when necessary and Lasseter was the hyper-creative visionary that balanced Iger, just as Eisner had balanced Wells. How have the super duo done? Cars, Meet the Robinsons, Ratatouille, and the forthcoming WALL-E seem to show the Disney animation engine is purring again.
Don’t forget to stop by our site and leave some Disney Geek love!