Since Dave has repeatedly asked for something with the Evil Queen (the squeaky wheel gets the grease), we have decided to grant his wish… 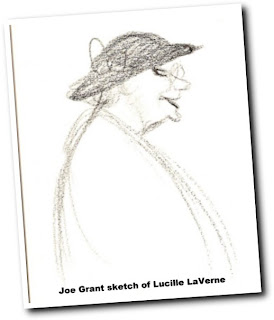 Lucille LaVerne, who furnished the voice of both the queen and the witch, had been a fine stage actress and also played in early movies where the actions had to be broad and overstated. Since those films were silent, there would seem to be little connection between the voice and the gestures, but Ms. LaVerne played both roles with expansive character and sweeping theatrics. As the queen, she was cold, calculating and commanding; as the witch, she changed her regal voice to that of an old crone, conniving and treacherous.

Director Bill Cottrell and storyman-designer Joe Grant were in charge of the recording session for the voice of the witch, and while Ms. LaVerne sounded aged and crafty with the right timbre to her voice, somehow it was too perfect, too smooth – the sound was not “rough” enough. She overheard them discussing this problem and excused herself for a moment. When she returned, she read the lines once more and the result was just what they wanted. Joe recalled, “We both looked at each other. “What happened here?” And then she told us, “Well, I just took my teeth out.”
–p. 56, The Disney Villain

One of my favorite moments with the Evil Queen is during the Fantasmic! show. Good friend Ray, at Grumpy’s Hollow, snapped some really great pictures of Fantasmic! at Disneyland. 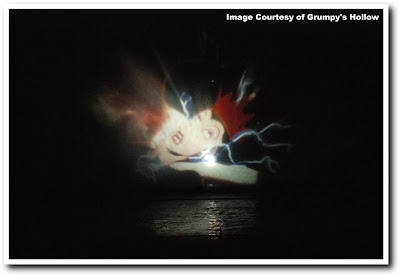 I know the following is the dragon from of Maleficent, but I think it is a great moment of the show! 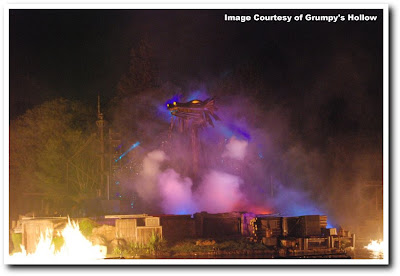 So, if anyone else out there has a request, just drop us a line or leave us some Disney Geek Love!