Continuing with the Disney Villains theme from yesterday’s post, let’s take a look at the results from our most recent poll. It was a squeaker! Captain Hook edged out Malificent for favorite Disney Villain. The poll sparked some great debate, as we were only able to include a limited amount of villains from the entire catalogue. Keep an eye out for some NCAA style brackets on Imaginerding for an all out war between the villains in March. We’ll let you decide who would win in a villain on villain tounament. In honor of the nefarious list of happiness predators, let’s take a look at some fun facts about Disney’s best….er, worst. 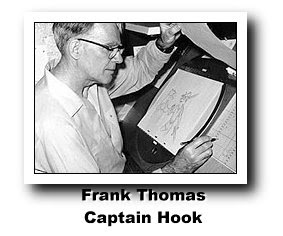 Captain Hook’s lost appendage was originally his right hand. Disney’s animators moved the hook to the left hand because they felt it would be easier and more natural to animate. Peter Pan was the last film that all nine members of Walt’s Nine Old Men directed together. The voice of Captain Hook is Hans Conried, who also voiced Mr. Darling in the film. It is a long standing tradition in the stage play that the same actor perform both roles as well. Ursula’s lair is actually a leviathan, a skeleton of a large whale or biblical sea monster. The lair makes an appearance in the Disney themed video game Kingdom Hearts, where the player battles Ursula in a level appropriately titled The Leviathan. The back story of how Ursula came to live in the skeleton was laid out in an early The Little Mermaid comic book from Disney. The sea monster escaped from a cave where the eel-men trained by fighting it. The eel-men killed it after its escape and Ursula traded with the eel-men for it. 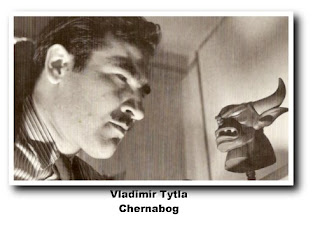 Monster movie great Bela Lugosi was filmed as a live action reference for Fantasia’s Chernabog. The lead animator felt the performance was not dark enough and he performed many of the reference scenes himself. 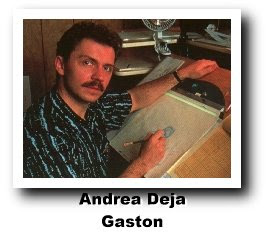 The role of Gaston was not in the original French fairy tale version of Beauty and the Beast. The villain suitor was first added to the story in a 1946 film, La Belle et la Bette, as Avenant. Apparently Disney felt Gaston was a better nom de plume.

Some of Disney’s most famous villains were created and animated by some of Walt’s aformentioned Nine Old Men. Marc Davis (the character designer for the Pirates and Haunted Mansion attractions) was responsible for Cruella de Vil and Malificent. Frank Thomas, hired in 1934, directed the animation of Captain Hook, Lady Tremaine, and the Queen of Hearts. All nine were named Disney Legends in 1989.

The role of villain and anti-hero is deeply embedded in Disney storytelling. They have created villains in stories where none existed before, often deepening the viewers emotional involvement in the work. Capsulizing the villains in a post this size cannot do them justice, but we will continue to examine them from different perspectives during the coming weeks. Leave a comment and let us know if there is something, or someone, you are interesting in dissecting with us!