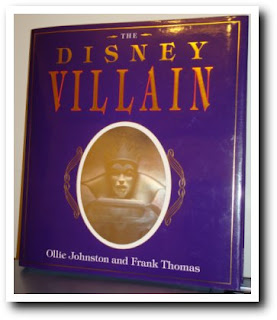 The Disney Villain is a beautiful work by Ollie Johnston and Frank Thomas, two of Walt’s Nine Old Men. I’m not sure if there were ever two people more suited to describing the Disney Villain–Frank and Ollie were supervising animators at Disney for almost 50 years. More than meets the eye, this book does more than just look at the Disney Villains, it also sheds light on what makes a villain and why some Disney Villains were much better than others.

Because the concept of evil is the most terrifying and thrilling concept in our language. We need terror by which to measure and enjoy our comfort; we need thrill to ameliorate the tedium. We need evil to locate our good. And evil is a concept that has been increasingly undervalued and ignored. We require a devil with whom our gods can do battle, lest our gods become reduced to mere royalty-splendidly clothed, gossiped about, but superfluous. 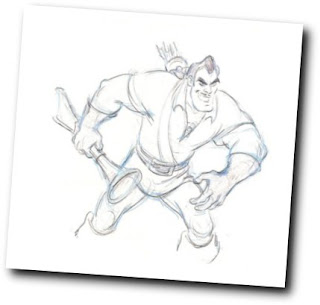 Part of the quote above is used by Ollie and Frank in the preface of the book to illustrate one of the reasons they did a book about Disney Villains. That and so many of their colleagues and friends requested it.

They look at 59 villains (only 8 of which were female) over the course of almost 70 years. In the beginning, they talk about the Alice shorts and how Peg Leg Pete was the first villain, although Ollie and Frank refer to him more as a bully. Pete made the transition from Alice to Oswald to Mickey. Ultimately, he was in 32 shorts with Mickey and friends, but he never achieved a starring role.

Throughout the rest of the book, they look at each animated film and discuss the villains. Not just which ones were truly scary (the Evil Queen) but which ones added to the hero’s quest and ultimately made the hero a much more beloved character. It is difficult to sum up a work of this caliber. Ollie and Frank are not only terrific animators, but they tell a great story. Each villain is the center of a debate that is bookmarked between the Evil Queen and Jafar. The authors do more than just talk about villains, they also talk about the highs and lows of Disney animation. This book could be used as a starting point for anyone looking for an introduction to the Disney animated library. 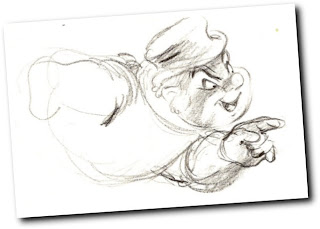 Some of the villains are villainous simply because of their nature. The rat in Lady and The Tramp, the bear in The Fox and the Hound and Monstro from Pinocchio. Not that they are true villains, but because their nature is to forage for food, protect their environs or because they are monstrous in size–they act as villains to the hero. Other villains never quite made it. Ollie and Frank point to Ratigan from The Great Mouse Detective, Mr. McLeach from The Rescuers Down Under and Prince John from Robin Hood. For various reasons, they felt that these characters, along with a few others, never quite made the bold statements that were needed. In some cases, the hero was so powerful that it negated the villain’s actions entirely. 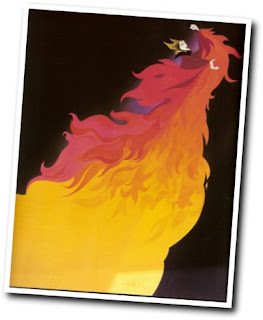 Beautiful artwork flows throughout the 232 pages of the book. There are full-page shots, thumbnail sketches, storyboards and rough sketches. We see, through the animator’s eyes, how a character is developed and comes to life on the page. Both Captain Hook and Gaston were originally seen as foppish characters that were larger than life. In both cases, the animators were instructed to bring the villain down to scale and inject more human characteristics into them. Mainly so we would see them either with flaws or as people we have known–more like a villain archetype.
Bottom Line: This is a wonderful book for any collection. It does center specifically on animation, but through the course of discussing the villains, a lot of history of the films and the Disney Company rises to the top. Frank and Ollie have a wonderful narrative that is interspersed with anecdotes and knowledgeable insights into the world of the animated villain. The amazing artwork alone makes it worth picking this title up–the text is the icing on the cake!