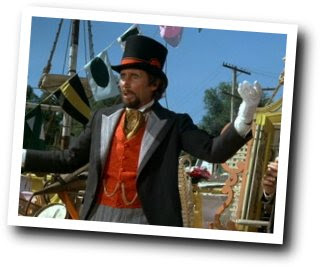 When we approached Glenn about doing a Meet Our Neighbor segment, he was a little unsure. See, he knew that Doc Terminus would want to participate as well, but Glenn wasn’t sure if Doc would understand our Disney-related questions. So, Andy and I sequestered ourselves into the Nerdy Boys’ Fortress of Solitude. After playing a few rounds of Call of Duty and Halo, we realized that we were supposed to be doing some actual work! After two minutes, we came up with our revised Passamaquoddy questions.

What is your earliest Passa-memory? Living here all my life, my earliest Passamemory is getting my head stuck in a lobster trap and wasn’t discovered until 6 hours later during a fish fry… 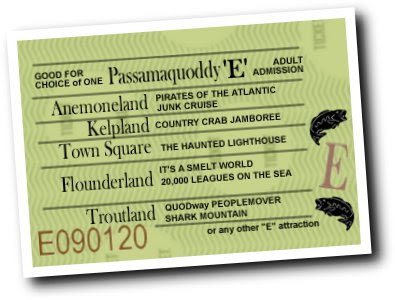 What is your single favorite attraction? I’ve always been partial to “It’s a Smelt World”… even though the song is repetitive and the smell is repulsive.

What is your favorite Disney and non-Disney movie? Pete’s Dragon, That was shot here in town. Non-Disney “Starfish Wars”

What is your least favorite park? . (it’s melting)

What is your favorite park? parallel.

Who is your favorite Pa-character? Doc Terminus… He thinks a lot like me.

What is your favorite Passamaquoddy song? “There’s a Great, big Beautiful Tilapia”

If you could switch places with any historical or living Passamaquoddy employee, who would it be and why? Ben Cooper. It was his cat that spontaneously combusted, saving several lives. That story is told often here in town near Christmas time. The best thing is he gets honored for being asleep. I like to sleep too.

What is you’re must eat food at PQuoddy? For main dish, Lobster.. for vegetable, Shrimp. 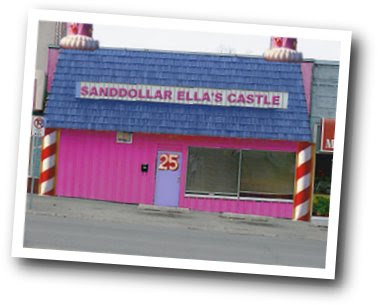 Favorite place to stay at Pquoddy? Sandollar Ellas Castle… I passed out there one night and they didn’t notice me until the next morning when they were cleaning out the booths.

What is your favorite place to be at Pquoddy? Fishin’ Illuminations Shoals

What is your favorite restaurant? Sand Angelfish

What is the first thing you want to do on your next trip? Get a Sardine Whip!

What is your favorite fireworks show? Easy… FISHES.

Where did you develop your love of Pquoddy? As a youth riding “Snow Crabs Scary Adventures”

If you had to choose parks or movies, which would it be? Parks.

Which character do you associate with the most? Doc Terminus in Pete’s Dragon… Obviously.

Does any forensic evidence exist linking you to the Kennedy assassination? Someone shot Toby Kennedy? Dang, I just seen him over at the Oyster Schuck in November!

Would you make any major changes to the current design of any of the parks? More boat slips in front of the major attractions 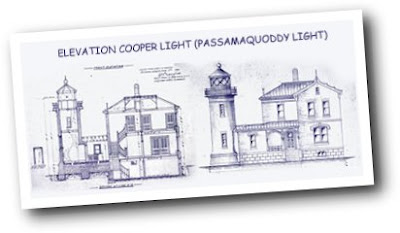 What is the most significant architectural feature of Pquoddy? Cooper’s Light.. Sometimes Called Passamaquoddy Light… We gather there for many of our community events.

What is the weakest Pquoddy country pavillion? Lichtenstein. We can’t even find it on a map.

What is your favorite Pquoddy guilty pleasure? “ Musical”

Where do you spend most of your time online when in the Quoddy-sphere (like a bath-o-sphere?)? SDUPIDFriends.com. Its an online community for chatting. Its an acronym for “Some Dudes Understand Passamaquoddy is Disney”

You are the CEO and you have to cut one division: film, animation, parks, music, ABC, or ESPN. Where do you start cutting? ABC. We don’t need no alphabet training in our town.

Do you have any money we can borrow or have? I just borrowed a ruple from Glenn.

What do you consider the most historically significant or defining moment in Pquoddy history? The opening of EPCOT (Enormous Piranha Caught on Troller)

How do you feel about Pquoddys stance to remove Song of the and other period specific pieces from its association? I just donated my last ruple to the cause.

If you could change one thing about a Pquoddy Movie, what movie would it be and what would you change? Finding Nemo… A happy ending would have both Marlin and Dory filleted and served in a hot butter sauce. 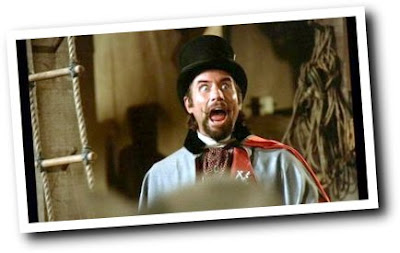 If you haven’t spent time at Passamaquoddy, head there now. I would suggest taking something to drink, but you’ll just end up spitting it all over you monitor.

(All of the images, except the photos of Doc Terminus, were created by Glenn)

One thought on “Daily Figment 163: Meet Our Neighbor Doc Terminus!”