One of my favorite Disney books is The Disney Mountains

by Jason Surrell. Jason has my dream job–not only is he an Imagineer, but he gets to write about the Disney theme parks for a living! The following quote from the book talks about the Matterhorn Mountain. It also sheds some light about the philosophy of what Walt wants, Walt gets!

The Matterhorn had not even been conquered until 1865, and then at the cost of the lives of more than half of the climbing party, which only increased its mystique. Walt immediately sent his Imagineers a postcard of the mountain with two simple words scrawled across the back: “Build this!” Walt’s marching orders made it official: the Imagineering team was to create a scaled replica of the Matterhorn with the previously discussed wild-mouse-style bobsleds racing down and around it. Toward the end of 1958, the attraction officially became known as Matterhorn Mountain.

I love the fact that the Matterhorn Mountain, the first steel-tube roller coaster, was built because Walt sent a postcard with two words on it. He had spent time in Switzerland during the filming of Third Man on the Mountain

and fell in love with the Matterhorn. Two words was all that it took…

Since I haven’t been to Disneyland since 1998, I asked Dave from Daveland if I could borrow some of his Matterhorn pictures. 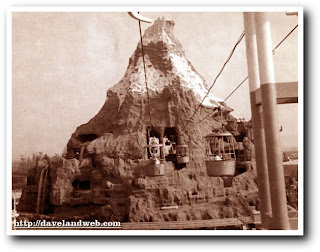 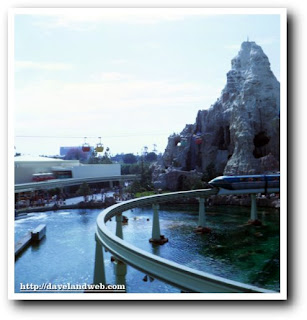 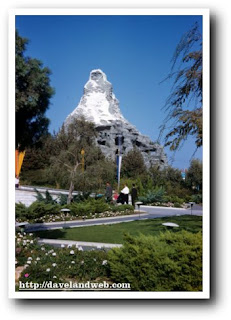 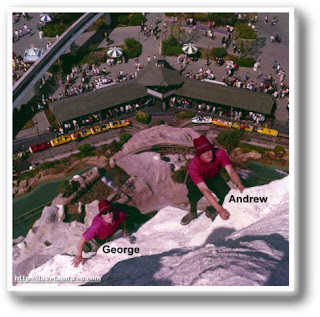 Make sure to visit Dave’s site to see more amazing vintage pictures from Disneyland (and ones from today!)

Richard, from Photos From the Parks has a great shot of the sign at the Matterhorn Bobsleds. Check it out and leave him some Disney Geek Love.