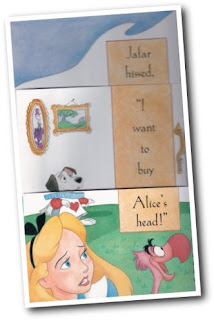 In honor of one of my daughter’s favorite books, this week’s poll question is inspired by the nastiest of the nastiest…Disney Villains. Disney’s Mix and Match Villains

by Disney feature film animators Eric and Susan Goldberg is a hilarious chance at some sweet revenge. By dividing each page of the book into three flippable parts, the reader gets to match any head with any torso with any legs they choose. The back of the book boasts that there are over 1,200 different combinations you can make. Trust me when I say that we laugh out loud a lot when we read this before bed. 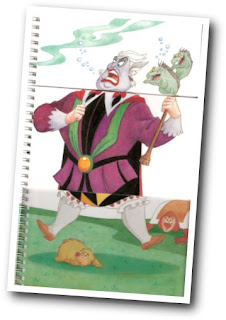 Ratcliffe shouted, “Only love’s first kiss will awaken your puppies!”

Do you know what a phrase like that does to a three year old? Giggle central. So, without further Apu…I mean adieu, here are the villains for the latest poll: 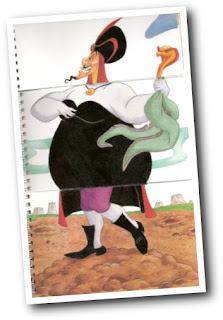 I know, I know!!!!! We left out YOUR favorite villain. It wasn’t easy picking six (yes, blogger only gives us six spots per poll, ughh!) from the profuse pool of plundering, pilfering, and pillaging profligates Disney has given us over its rich history.

So, leave a comment. Tell us who we missed if you think we really dropped the ball. Maybe we will do a follow up poll to battle out the ones we missed. We could do a NCAA-type bracket and see who takes the crown. Or is it s scepter?

By the way, Eisner does not count.
Don’t forget to stop by our site and leave some Disney Geek love!

8 thoughts on “Daily Figment 153: Who is Your Favorite Disney Villain?”