Our first poll winner of 2008 is Cinderella’s Castle!

We weren’t surprised that Cinderella’s Castle took the top spot. It has been the virtual symbol for Walt Disney World since 1971 and if you ask most people to tell you their first thought about WDW (a little word association) they will more than likely say Cinderella’s Castle.

Who hasn’t stood in front of Cinderella’s Castle for the ubiquitous pose? Buried in a sea of other tourists, you look just like a speck in front of the Castle. In order to provide some different shots of the Castle, we asked our good friend Foxxfur, from Passport to Dreams Old & New, to take some unconventional shots for us that show how design comes into play. 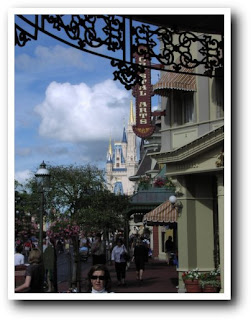 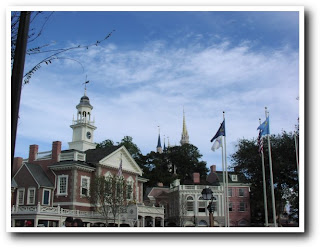 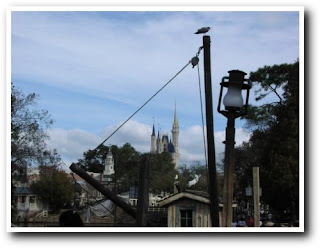 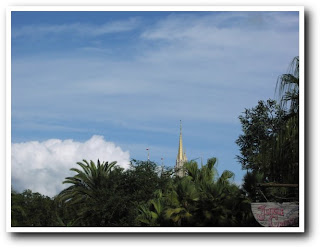 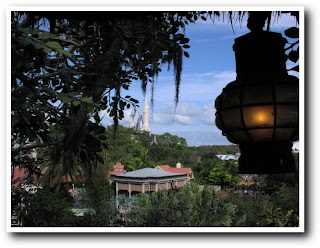 Where the continuity of a certain land is trespassed upon by the elevated spires of the castle, the Imagineers took time to frame it appropriately. In some instances, the framing adds anticipation of what lies just outside the current scope. In other cases, the framing allows suspension of disbelief as the castle is artistically framed with landscaping, adding to the fairy tale book cover feel of the scene. It is conscious and subconscious acting at the same time. Foxx’s amazing views of the castle above are ones that a majority of the visiting guests miss on their vacations. Even though each picture is capturing the same subject matter, the feel of each frame is vastly different.

Thanks for the pictures Foxx!

Foxx also posts on our other blog, The Minute-by-Minute Guide to Walt Disney World. She posted a great article about How Disney Thinks about Dining–which is a completely different way of looking at Disney Dining! Be sure to check back in the future…she is planning an article about Disney coffee for us junkies.