Walt understood the value of high-capacity attractions; after all. He wanted as many people as possible to enjoy his creations. Yet, he also had patience for smaller, more subtle diversions, realizing that fine detail created a depth and richness that kept people coming back. And if a new attraction wasn’t ready exactly how he had visualized it, Walt wouldn’t open it to the public. 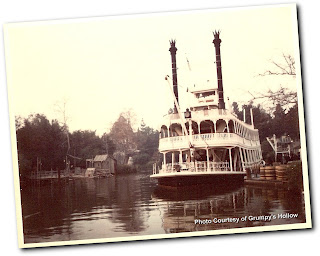 He cared about the park, and genuinely enjoyed it. “When we opened the Mark Twain for the press, we were going around the river, and Walt kept blowing the whistle like a kid,” remembered John Catone. “We finally had to tell him, ‘Walt, we’re gonna run out of steam.’ And we did. We were dead in the water until we could get more steam.”

A few years later, Catone added, “Walt wanted to take the first trip on the Monorail. To get him off, we had to shut off the power. The same with the fire truck on Main Street. He was a big kid. He was human, a person, not some executive from Burbank.”

His enthusiasm and concern were contagious. Employees were dedicated to Walt’s vision and made to feel as if they were part of a family. 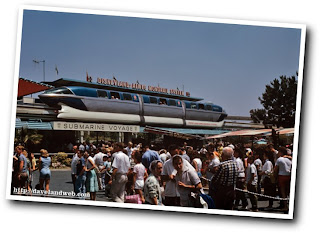 I just finished More Mouse Tales by David Koenig and this quote, in particular, struck home with me. We talk a lot about details at Imaginerding. Walt cared about the details, but he also cared about having fun. I love reading the stories of Walt’s eleven years at the helm of Disneyland: staying overnight in his apartment, roaming the park before opening hours and talking to the guests were all part of Walt’s days. And if Walt wanted something, he got it. Whether it was driving the stagecoach, piloting the monorail or ordering a mountain to be built. But that is another story all-together.

I won’t go into a lot of details about David’s books right now; I will have full reviews next week. One thing that I will say is that his books are filled with details. Details about Walt, hourly employees, management and guests. I tore through both of them quickly and I am really looking forward to Realityland.

Photographs used with permission from Grumpy’s Hollow and Daveland Web.