For those of you who have been hanging around awhile, you know that The Disney Geeks love the Disney Mountains. In last week’s poll question, Splash Mountain was voted the second favorite Disney mountain by you. We hit you with Expedition Everest first because of its win, but this week we bring you some tasty tidbits about the runner-up, Splash Mountain. 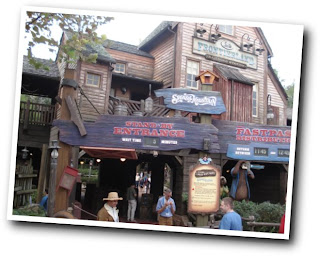 Michael Eisner became a proponent of building Splash Mountain the first time he saw the models that the Imagineers had built. It was a tenuous time for the Imagineers as their budget had been strangled by previous Disney bosses. The timely entrance of Eisner and his immediate buy-in to the Splash Mountain concept may have saved the Imagineers. See the quote from Disney War in our previous post, The Daily Figment 27. In fact, Eisner is credited with naming the attraction as well as suggesting it be presented as a mountain. Its working name was the Zip-A-Dee River Run. Marty Sklar recalls Eisner wanting to name the ride after the surprise hit Splash with Tom Hanks and Darryl Hannah that Disney lucked into. He even suggested adding Hannah’s mermaid character to the attraction. Imagineers waffled on the name but held fast to the long understood and respected “Darryl Hannah ruins any attraction….guaranteed” mentality that permeated flume ride construction methods since the early 1400’s. 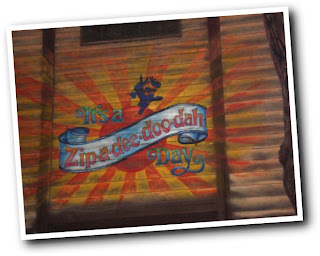 Eisner tested the patience of the Imagineers by bringing his teenage son to the initial showing of the Splash Mountain model, calling his son an ‘expert on theme park rides’. He was, in fact, their target market. Eisner’s 14-year old son bought in once he saw the ride had the world’s longest flume drop. This record was previously held by Andre the Giant’s bathroom.
When the ride was nearing completion, Eisner insisted on the first test ride. He was covered in trash bags because the ride still had wet issues after the final descent. The ride passed his test as he asked to go again after the conclusion of the first test. Other accounts have Eisner getting drenched and after the ride saying he loved it but that the water was too much.
Hmmm….Eisner in trash bags….how prophetic.

The attraction has made residence in every Magic Kingdon-style park, except Hong Kong Disneyland and Disneyland Paris. In Toyko Disney, Splash Mountain has significantly reduced splash due to the colder weather (and the fact that the Japanese patrons do not like getting wet at theme parks).