It is time to wrap up the final installment with blogging neighbor Foxxfur over at Passport to Dreams Old & New.

You can peruse chapter one and two. Don’t forget our previous Meet Our Neighbor participants:

> What is the most significant architectural feature of WDW?

The castle, of course. It’s the thing people want to see.

> What is the weakest Epcot country?

Despite my instinct to say American Adventure, which I find pedestrian and think the design of the building is horrid (I’m also allergic to the Voices of Liberty), I admit that people like it, so I vote for Italy, which offers a lot of… well, nothing, for everyone. It wasn’t even finished, and boy is it obvious! UK has a similar problem, in addition to being an aesthetic outlier, due to the fact that the bulk of the structures are around you the minute you enter it. Since the cash to build that Music Hall behind the park in the back of the pavilion never appeared, it’s never really felt whole.

OK, let’s be honest. The Africa pavilion SUCKS and needs to be demolished.

> What is your favorite Disney guilty pleasure?

The possibilities! Herbie Goes to Monte Carlo? Monkeys Go Home? The Gnome Mobile? Return of Flubber? What to choose?

I admit I’m at something of a loss on this since my definition of a “guilty pleasure” is rather obtuse, so I’m going to go ahead and say it’d be Maelstrom. The attraction ought to be awful – it has no cohesion, no pace, is too short, has terrible writing, and an awful last scene, but I’m happy to see her every time. For those of you who usually run through the theatre, stay for the movie next time: the nonsense of the attraction is actually extended by the film, where we are told, through Soviet style film syntax, that Norwegians flying a helicopter is the same thing as Vikings rowing a boat!

> Where do you spend most of your time online when in the Disney-sphere? (ed. note–this was a clear cry for attention from Imaginerding.com)

These days I just kind of make the circuit through my blogs and log off, minus an occasional stop at MouseBits or Jim Hill. I can’t deal with forums anymore, since the airing of bottomless opinions is pretty tiresome to me by now. I’d much rather be drawing or watching a film or whatever it is I actually do with my spare time. =)

> You are the CEO and you have to cut one division: film, animation, parks, music, ABC, or ESPN. Where do you start cutting?

Jeez. I’d just LOVE to cut ESPN, being an eternal enemy of sports, but I know money comes in there. I’d like to be wise and cut film, since Disney hasn’t produced anything good in years, but I understand that some people actually liked whatever than fantasy film with the big cat, possibly a leopard, and oh yeah….that other one with the guy with eyeliner battling Cthulu. Yeah. So that could be a bad idea.

Here’s a radical idea: cut the parks and sell them back to WDI. Betcha maintenance standards wouldincrease!

> Do you have any money we can borrow or have?

No, but I do have a basket of unclaimed Halloween candy, mostly mini M&Ms and Mary Janes…

LOL. Aren’t I supposed to be the starving artist and you the Lauded Librarian? 😉 And Company, of course…

> What do you consider the most historically significant or defining moment in Disney history?

Well I can’t really say I have an opinion on the other parts of Disney history since I’m not, nor do I claim to be, an expert on those, but I think the biggest thing in themed design history is probably Great Moments With Mr. Lincoln – the first convincing but fake person ever. That was a real moment where WED showed the world something new.

> How do you feel about Disney’s stance to remove Song of the South and other period specific pieces from its association? 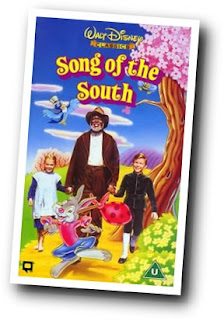 Well first of all I understand that I apparently have a thicker skin than most when dealing with racial issues, but I really think the hoopla surrounding Song of the South is grossly overvalued. The animated sequences and James Baskin are wonderful, but the film is a crashing bore. There’s live action and animation combined in Three Caballeros also, why doesn’t anyone care about that?

I guess I really don’t understand what’s so terrible about the film. A snotty young white kid learns to be a better person through the cultural experience of the Southern black folks. Uncle Remus is one of the few significant positive black images presented on screen in the 1940’s. He may be a fictional stereotype, but he has heart and integrity.

I think it’s sad that there isn’t a better rounded black onscreen image to cull from in the era; between the extremes of Stepin Fetchit and Paul Robeson, there wasn’t a lot. So I understand that the reason to attack Remus is that there is no other representation of that kind of figure around; white characters and white images abound in cinema, but black figures are the narrowest margin until the late 50’s. Still, I don’t think attacking a generally positive, moral, serious and integral black character when his only other competition is Stepin Fetchit or Eddie Anderson isn’t really reclaiming much ground.

Is the world ready for Song of the South again? I don’t know. I don’t hear much apologizing for Haddie McDaniel’s character in Gone With the Wind these days, but then again, that film may finally have been absorbed in the cultural ether of banality from which it emerged in 1939. I was recently watching King Vidor’s really excellent 1929 film “Hallelujah!”, which is a morality play set in the world of Southern black culture, music and religion. Everyone’s still apologizing for that very intelligent and naturalistic depiction of a certain era, so Gone With the Wind may be an abnormality.

I think when Disney finally lets Song of the South out again, the world will collectively go “Oh… that’s what were upset about all this time?”, shrug, and go on. It really is not a good movie.

> If you could change one thing about a Disney Movie, what movie would it be and what would you change?

I had to think long and hard on this one, but here she is: 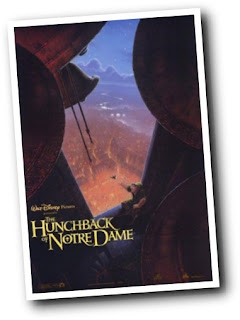 When I was a kid seeing Hunchback of Notre Dame in a theater is probably the key thing that sparked my interest in much of what obsesses me today. That first shot, where the camera rushes towards the cathedral through the clouds with the chorus chanting in Latin and the bells tolling, floored my eleven year old self and I still haven’t really recovered from the power of that moment. That’s probably the film that made me aware that people can *choose* to do things in films, that they don’t just happen, and that every moment, especially in animation, is there for a very specific reason.

OK, so that having been said, Hunchback is a film uneasily perched on the cusp of greatness; its’ need to still be the 1996 Disney summer blockbuster means the seriousness and artistic integrity of the film occasionally succumbs to nonsense. I don’t have a big problem with the Festival of Fools being silly, nor do I have a problem with the Gargoyles being silly, but their song and occasional interjections, especially in the otherwise splendid “Heaven’s Light”, is too much.

So I say: scale back the gargoyles a bit, and the film is really way beyond Walt’s standard. It’s probably the most artistically significant film Disney made during its’ second major animation era.

We would like to take a moment and thank Foxxfur for her contributions to our site. We are going to make a formal anouncement about her post on Imaginerding’s sister site, The Minute-By-Minute Guide, but we felt like we should tell everyone about it now. She has volunteered to write posts for the blog about how a local sees the Walt Disney World theme parks. We are very excited about this opportunity!

Don’t forget to stop by her site and leave her some Disney Geek love.