We shared the first set of Foxxfur’s Meet Our Neighbor questions last week. This week we share the second set of questions!

> What is your favorite place to be at WDW?

Ah-HA! Trickier question. On the beach of the Polynesian in the late summer afternoon, World Showcase on a cold winter day before Christmas, Downtown Disney Marketplace very early in the morning and in Caribbean Plaza at dusk.

> What is your favorite restaurant?

Before quality began to slip there I loved Spoodles. Then it was Citricos, still a very special eatery to me. I was utterly bowled over by Jiko earlier this year and went back in short order. The quality of the food and the expertise of the wait staff really staggered me. 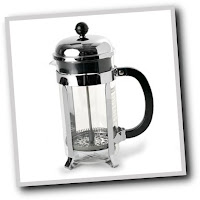 Did you know that Disney doesn’t know how to brew coffee? Places like Boma and Kona Cafe offer French press pots of coffee for an OK price, but if you ask them to brew the coffee to your specifications, they’ll fight you on it. Disney trains the staff to brew the coffee six minutes, which will turn even the finest, lightest roast beans to sludge (by contrast, when I brew coffee in a press pot I wait 3 minutes maximum). So I was staggered when the Jiko staff asked me how long to brew the Kenya AA in the press pot, I asked for what they thought, and they responded *two minutes*. As a result of this Jiko is the only place I’ve ever had a properly prepared African coffee.

Kona Cafe’s press pot is made with a Kona blend with a surprisingly high amount of real Kona in it, one of the most valued beans in the world. It’s worth your $6 if you can get them to prepare it right! 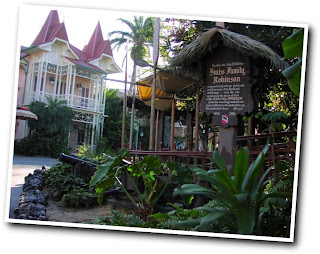 > What is the first thing you want to do on your next trip?

> What is your favorite fireworks show?

I don’t like anything loud so, as you can imagine my favorite fireworks show is one not seen and not heard. I run to Impressions de France if Illuminations is coming up.

Despite this, I cried my way right through Disneyland’s Remember… Dreams Come True (those parts that weren’t Wishes, of course).

> Where did you develop your love of Disney?

Walt Disney World, undoubtedly. Disney Afternoon helped me get my fix when we were back in Connecticut, especially Tale Spin and Gargoyles and Chip n’ Dale Rescue Rangers. Later it was Disney Channel and Vault Disney. Finally I just moved to Florida.

> If you had to choose parks or movies, which would it be?

Umm… is there a third option? Like death or something? 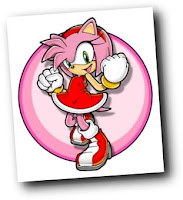 > Which character do you associate with the most?

As I’ve said, Minnie, when I’m feeling playful and happy. Marian, when I’m feeling romantic or sensual.
The other character I love is SEGA’s Amy Rose, who represents, I feel, my more aggressive, competitive side.

They’re my girls, and they make me happy.

> Does any forensic evidence exist linking you to the Kennedy assassination?

No, but I’ve always wanted to restage the Kennedy assassination in the Magic Kingdom: the embankment replacing 20K could be the Grassy Knoll; next to that, between Mad Tea Party and Toontown, is a big green fence… and what’s right across the way? The
Speedway.

Actually I once wrote a short film where James Stewart arrives in a courtroom to make the case linking the Kennedy assassination with MAPO and the Hall of Presidents, since the real presidents are actually MAPO robots manufactured by Communists… shot in
Oliver Stone type nonsense-o-vision!

> Would you make any major changes to the current design of any of the parks?

I wish Splash Mountain wasn’t in Frontierland, perhaps an aesthetic link between Fantasyland and Liberty Square… no, sorry, that sucks now that I think about it… the best place would be for it way behind Big Thunder, back in Tom Sawyer’s wilderness…

Next Week: The last and final chapter–for now!