Dave Smith was inducted as a Disney Legend this year.

This is important to me for two distinct reasons: 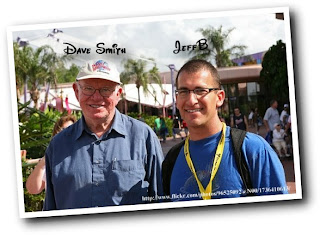 Dave graduated in 1963 with a Master’s Degree in Library Science from the University of California He spent the next few years working in the UCLA Archives. In 1967, he approached the Disney Company about compiling a bibliography (list of books, articles and resources) about Walt Disney. They were duly impressed and sought out Dave in 1970 when they decided to form the Disney Archives. He joined the Disney Company on June 22, 1970 as the Archivist and he was tasked with creating the Archives.

Through the years, Dave has become the de facto standard and obvious authority on all things Disney. 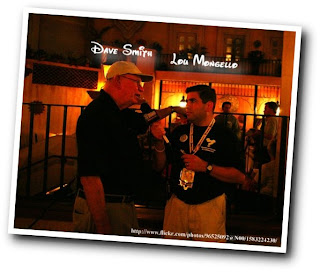 The Disney Archives is so much more than just Walt’s papers; concept art, models, paint chips, books and other items important to the Disney Company reside in the Archives. The Archives is the cornerstone of the company’s history and heritage. Imagineers have the honor of using the Archives as a springboard. Ride and attraction models are stored in the archives, along with plans, memos, letters and coporate memorabilia. Have you ever watched a deleted or missing scene from a classic animated film? Chances are that the audio and the drawings came from the Archives (or the Imagineering Research Center).

This position would be my dream job: acting as the steward for the Disney Archives; promoting Disney knowledge; cataloging Disney ephemera; and being surrounded by the magic. If we can dream it… 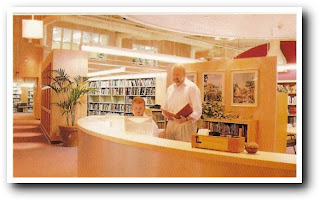 As a close second, working in the Imagineering Research Center (above) would be pretty great, too.

Photographs used with permission from Jeff B. He was fortunate enough to meet Dave Smith in person on the celebration of Epcot’s 25th Anniversary. He also snapped a picture of Lou Mongello interviewing Dave Smith.
http://www.flickr.com/photos/[email protected]/1736410613/
http://www.flickr.com/photos/[email protected]/1583224230/
Don’t forget to stop by our site and leave some Disney Geek love!