Foxxfur, our neighbor over at Passport to Dreams has agreed to participate in our Meet Our Neighbor series. She had one condition, though.

She wanted us to come up with some new questions to ask. So we did. We thought long and hard. We finally sent her a list of 505 questions that were inspired by watching 101 Dalmatians five times in a row (and lots of Taco Bell).

For those of you not familiar with Foxx’s writings, she writes a very academically themed blog looking at Walt Disney World from a design perspective. Sort of.

In her own words:

It is devoted to the serious documentation, study and discussion of facets of the unique methodology of themed “space” as practiced by the Walt Disney company, and the elevation of intelligent thought thereof.

She is also actively pursuing a Ph.D in Disney Studies from any university that will giver her one!

Foxx has gathered quite a fan-base in the Disney online community. Jeff Pepper, John Frost, Lou Mongello and us Disney Geeks have all sung her praises and linked to her articles. She is clearly writing some of the most literate and well-thought articles about Disney today. A lot of comparisons that Foxx makes do follow the film world. She has a degree in film studies and enjoys making short films. Ostensibly, this makes sense–Walt fashioned Disneyland after filmmaking and the Disney parks have followed suit.
Normally, I would point to some of our favorite articles, but I will save that for the end of each posts–sort of like the proverbial weenie.
Don’t forget our other Meet Our Neighbor posts:

If you have read any of Foxx’s work, you know she suffers no dearth of words or clever phrasing. In that same style, she has responded to so many of our 505 questions, that we need to break the Meet Our Neighbor post into several posts.

On with the show!

> What is your earliest Disney memory?

Goodness… probably watching sundry Disney shorts and films in the basement den of my parents’ first house… I know I watched Sleeping Beauty over and over in that room since my parents eventually had to start putting on other tapes once I began reciting the dialogue in perfect synch with the film, facing away from the screen, playing with blocks. This was apparently very creepy, and I believe them.

> What is your single favorite attraction?

I think the finest thing ever built is Disneyland’s Pirates of the , and riding it the first time was the nearest I’ll likely ever come to being touched by God (or Walt, if you prefer). The staggering scope and pace of that attraction is perfection, every inch.

> What is your favorite Disney and non-Disney movie? 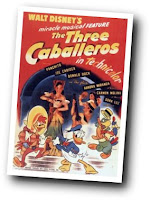 Well as much as I appreciate Walt’s late 30’s/early40’s work for its’ skill and artistry – I recently watched ‘Snow White’ as research for a piece on Snow White’s Adventures and found myself utterly swept away by the emotional paces of the film, a rarity for me – I think Disney films turned out best without Walt breathing down everyone’s neck and as such the film which is nearest my understanding of what a film can be is ‘The Three Caballeros’. It’s sexy, funny, fun, surreal, subversive, and beautiful – I doubt there’s anything better in the Disney canon.

Of ‘Walt’s Babies’, I think his finest achievement is ‘20,000 Leagues Under the Sea’, a stagy and hokey but still incredibly joyful film, not to mention a haunting portrait of a genius driven to terrorism and suicide (yes, that’d be Captain Nemo, not Kirk Douglas).

I don’t really have a favorite single film anymore, but I will venture to say that I find ‘The Night of the Hunter’ to be the finest American film ever made.

I think part of what constitutes a reliable barometer for this kind of question is what’s the stuff I steal from most in my own films, and that would be:

> What is your least favorite park?

Animal Kingdom, which I find irritatingly didactic and emotionally hollow. It is, sadly, beautifully executed, so I cannot totally dismiss it. My problem with MGM-Studios is the opposite: the disjointed theming grates my nerves but the park offers me more to do than That Animal Park.

> What is your favorite park? 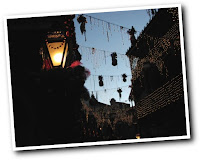 I don’t have favorite parks, despite my ongoing love of . I’ve begun to realize that it’d be more accurate to say I have favorite places, and they include:

> Who is your favorite Disney character?

Despite the fact that my Blogger avatar identifies me as a Maid-Marian-In-Waiting (and I do love her deeply), I find myself moved most by Minnie Mouse. I’m not sure why, but I created a strong emotional identification with her at an early age. It may be because she’s literally the female embodiment of the amorphous idea known as Disney, but drawing her has gotten me through many a rough spot in my life. She speaks to me and my sense of self very deeply.

Marian and Minnie are kind of my role models. =)

> What is your favorite Disney song?

Jeez… does “Baia” from Three Caballeros count? If it does, than that’s it. Outside of that I say “Whale Of A Tale”, “A Pirate’s Life For Me”, perhaps “How Do You Do”. If the whole of “Johnny Appleseed” counts as a kind of mini musical, that always makes me cry.

> What is you’re must eat food at WDW?

Well I’m a local now so I don’t really have this kind of relationship to WDW food and beverage anymore. I do, however, have certain things I tend to get depending where I am:

: Harbour House Chicken Strips with fries (the biggest, hottest fries at Walt Disney World!), bowl of vegetarian chili, and they have this amazing faux chocolate cake made by this company in . It comes in a little plastic tub and it’s not refrigerated to give you an idea of the quality you’re getting for your $3.59, but the texture of it fascinates me and I get it every time even tho it’s pretty disgusting.

EPCOT: Yakitori House Shogun combination: shredded beef, teriyaki chicken, rice. Most filling thing I’ve found there. I LOVE the quality and the price of the stuff at ‘s Kringla Bakery – their Veiled Maiden and/or Rice Pudding is dreamy! Aside from those two places my boyfriend and I have fallen in love with the chips at the Harry Ramsden’s Fish and Chips shop in the UK Pavilion. And of course, Club Cool. To do it properly, start with Beverley to cleanse your palette, wait a few moments for the bitters to leave your mouth, then try the Mexican apple drink.

MGM: Not here enough to have an opinion.

Animal Kingdom: Be sure to stop by the tea stand outside Everest to try a good loose leaf tea. Prices are good and they have some VERY nice stuff.

Downtown Disney: Earl of , of course! Best sandwiches ever.

> Favorite place to stay at WDW? 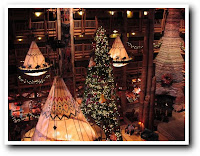 Don’t forget to stop by her site and leave her some Disney Geek love. (In other words…leave comments. Us bloggers love them!)

One thought on “Meet Our Neighbor: FoxxFur Chapter One”