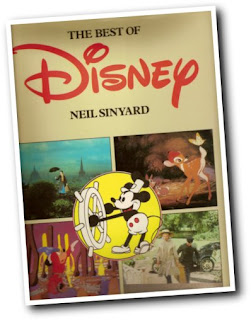 This is a nother title for the animation and live-action film fans. It covers films from Steamboat Willie to The Journey of Natty Gann in a chronological fashion. It is by no means complete; in fact, it glosses over many of the animated Mickey shorts and Silly Symphonies, covering Steamboat Willie, the Skeleton Dance, Flowers and Trees, The Band Concert and a few other groundbreaking shorts. Each major animated film is covered in a fairly decent two to three page article with photos, concept art and stills. There are sections on live-action and documentary films. For us theme park junkies, there is a final chapter on the creation of Disneyland.