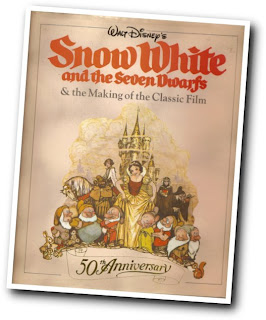 arrived last week. It is a 1987 release that commemorates and celebrates the fiftieth anniversary of the film. The book’s 88 pages contain sketches, artwork, story material and a look at creating the characters. A large portion of the book is dedicated to re-telling the film with stills, lyrics and quotes.