I have some pictures from our 1997 trip on the Skyway at the Magic Kingdom. We rode it in 1994 but we didn’t take any pictures then. They removed the Skyway in 1999 and like so many others, it is another attraction that has gone by the wayside. When I was scanning the photos, it made me realize that I didn’t take enough pictures on the first couple of trips. But thanks to the interweb, flickr and so many blogs, you can visit these rides in spirit.

We start our journey in Tomorrowland and head over Fantasyland. There are only seven pictures that I have; I just assumed that nothing would ever change at Walt Disney World. 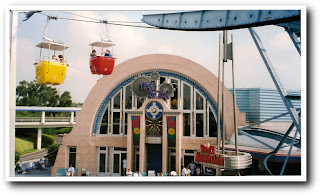 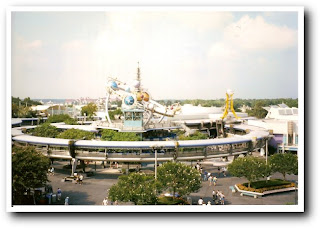 The Tomorrowland Transportation Authority and The Astro-Orbiters 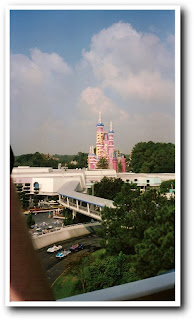 Alien Encounter, the TTA and the 25th Anniversary Castle. 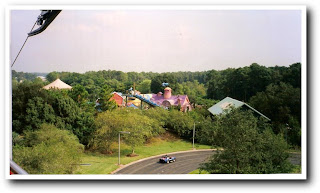 The Tomorowland Indy Speedway, the tops of Minnie’s and Mickey’s houses and Goofy’s Barnstomer 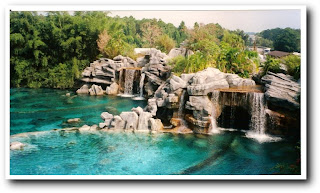 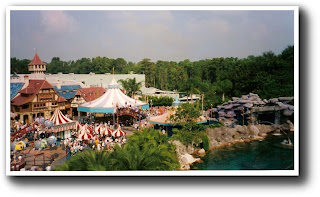 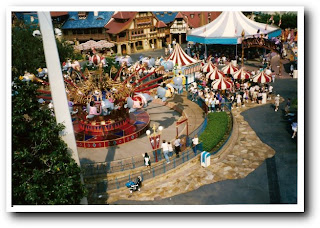 Dumbo and Cinderella’s Golden Carousel
Things come and go at Walt Disney World. Some people never rode the Skyway and they will never be able to. Reminds me of Horizons. And the World of Motion. And Mr. Toad. And the many incarnations of the rides that existed where Buzz Lightyear now rules Tomorrowland.

For more great articles and pictorials about “Walt Disney World’s Desceased, Deferred and Deflowered”, visit Widen Your World. WyW has been around since 1994 and it is a complete labor of love for the author.

On your next (or first) trip, don’t forget to look up, take lots of pictures and most of all–enjoy yourself.

5 thoughts on “Daily Figment 79 – Gone But Not Forgotten”