During the second World War, many European countries froze assets from foreign companies. The Walt Disney company had a lot of their profits tied up during those years and the only way the funds could be used is if the company spent the money there. 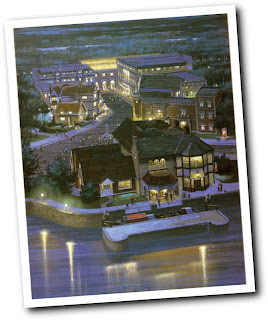 So, Walt decided that they would use the money tied up in Great Britain to produce their first live-action film, Treasure Island.

The film was released in 1950 and most of the filming took place in 1949. There were some issues involving the star, Bobby Driscoll and working in England while being under thirteen years old. Apparently, they weren’t supposed to have Bobby Driscoll in England for too long, so they had to pretend that he was on an extended vacation. Fred Leahy managed to get the Eductional Bureau to look the other way while they filmed.

The film was a commercial success, earning the studio almost 2.5 million dollars in profit. Which was greatly needed after the studio had been commandeered by the war effort. Many Disney fans worried that the studios would turn away from animated films (sound familiar?). Douglas Fairbanks, Jr. even wrote to Walt about his concerns. Walt responded, “We are not forsaking the cartoon field–it is purely a move of economy–again converting pounds into dollars to enable us to make more cartoons here.”

— pp. 471-472, Walt Disney: The Triumph of the American Imagination by Neal Gabler