Tokyo Disneyland was the first Disney theme park built outside of the United States. It is owned by the Oriental Land Company (OLC), which pays a large, annual franchise fee to the Walt Disney Company for the characters and likeness of the park. In 1980, the OLC approached Disney about building the park. Their intent was to create more significant leisure time activities for the country. The OLC invested very heavily in the park, actually paying for most of it. They decided to not sell their interests back to Disney, instead they own the park and contract with Disney for services and such. 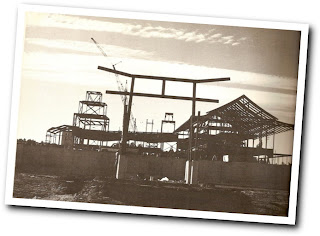 Walt Disney Attractions Japan (WDAJ) is the part of Disney Corporate that acts as a liaison to the OLC. The main duties of WDAJ are:

Tokyo DisneySea (TDS) was opened in 2001 and shares the same relationship with the OLC and Disney, as its sister park, Tokyo Disneyland. TDS was originally supposed to be built in Long Beach, California after Disneyland Paris (nee Euro-Disneyland). Unfortunately, due to the financial problems of Disneyland Paris, the US park was shelved and instead offered to the OLC. TDS, is considered to be by many as the best of all Disney theme parks. More to the point, many fans feel like the American parks were short changed during the end of the Eisner era. 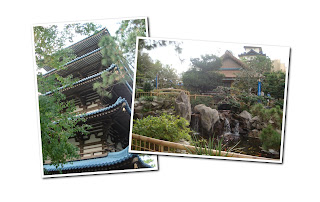 He also has a great article about the Long Beach Project, AKA: Port Disney, as referenced above.

Alain Littaye at Disney and More has a wonderful series showcasing the artwork, lands and buildings of Tokyo DisneySea.

Don’t forget to share some Disney Geeks love with them!