When Disneyland first opened, we embarked on an ongoing learning process about our guests and how they respond to a story environment. For example, just after the park opened for business, we discovered that some guests had made a pathway through a flower bed. We were walking through the park one morning before opening when the gardeners came up to Walt and said, “We need a fence to keep the guests out of the flower bed.” Walt told them, “No, we must pave this pathway. When guests make their own path, they probably have a damn good reason for doing it.” From experiences such as these, we learned that our guests make the park’s story environment their own. 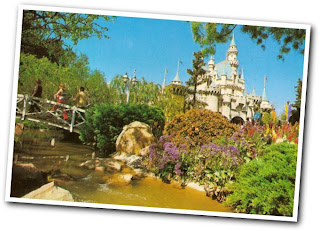 It always seems that quotes from those who knew and worked with Walt treated the parks as Walt treated them. It is as if they were infected by his passion and enthusiasm. Walt has been gone over four decades and many of those who worked directly with him have moved on from their faithful stewardship or passed on to other worlds. I only hope that the magic traces Walt left on everything he touched resonate loudly enough for current stewards to become infected, as Hench clearly was in the quote.

3 thoughts on “Daily Figment 67 – The Guest is Always Right!”