Pop quiz, everybody!What do these two items have in common?

Give up? Two words: the Internet.

What we would like to offer for discourse is the idea of living in a glass house–a corporate bubble, so to speak. You see, most companies are living in this bubble today. A bubble of transparency, where every move is under direct scrutiny. 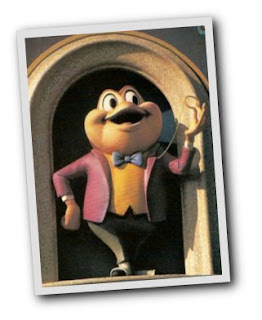 Let’s borrow Lou’s wayback machine and go back to 1997. An article appeared in the Orlando Sentinel describing the shuttering of Mr. Toad to make way for The Many Adventures of Winnie the Pooh. Shortly after that, Save Mr. Toad’s Wild Ride appeared. Although the movement garnered a lot of grassroots support, it wasn’t enough to stop corporate machinations.

We need to take a look at the state of the Internet way back in the mid-1990’s. It existed as Web 1.0, which can be explained as a static information source with very little interaction. As you can see from the Save Mr. Toad page, there are links to physical addresses of Disney Corporate, but there wasn’t a feedback form, comment spot or forum.

In 2004, the term Web 2.0 was coined. Basically, the 2.0 refers to blogs, wikis and forums. The ability to leave comments and create community is the basis for 2.0. Flickr, MySpace and this blog are examples, as well. As the internet was reborn as an interactive community, the feedback companies like Disney had access to became substantially more sophisticated. It also became more voluminous, as people discovered that the interactive connection to this community was effectively reaching Mouse Ears in the previously impenetrable board rooms of corporate America.

So, fast forward to 2004 and you start to see the development of web forums and blogs dedicated to the study and discussion of Disney minutiae, travel, politics and business practices. Endless discussions, that deeply proselytize the Magic as we know and love it, evolved into loving, open-source suggestions. The Disney execs took notice.

See, this is where the difference begins.

It was published a while back (sometime this year, I believe) that Disney announced that they were actively scouring forums and blogs. Not that they had a person reading all of them, but they hired a company that would scan all of the Disney related forums and aggregate the data. They could then give Disney a detailed report of what people are talking about. There have been reports going way back of Disney chefs reading negative trip reports and contacting the author to rectify the situation. 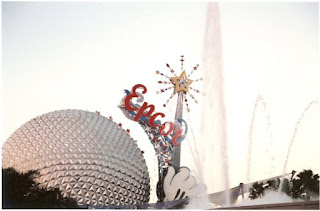 As recently as the year 2007, the online Disney community began a collective huffing and puffing over the lack of interest the suits had shown in recognizing the 25th anniversary of Epcot. Many bloggers chastised the company for underplaying what many of us considered a hallmark event. As the huffing mutated into a discernible roar, a fury of changes and acknowledgments gushed from the beloved park. Redesigned rides, new old logos, the wand coming down and the rechristening as Epcot Center truly has revitalized and, in some ways satiated, the fervent community. Or so we think…. and wish…..or are we just experiencing wishful thinking?

So, does the online Disney community have a voice? Can the collective sigh of a bored constituency wake the sleeping WED Enterprises? Has the creative side of Disney’s corporate brain existed in a vacuum for too long?

What do you think?