…Almost from the moment Walt first hatched the idea of a theme park, he and his cohorts fanned out into the field for ideas. As early as March 1951 Harper Goff went 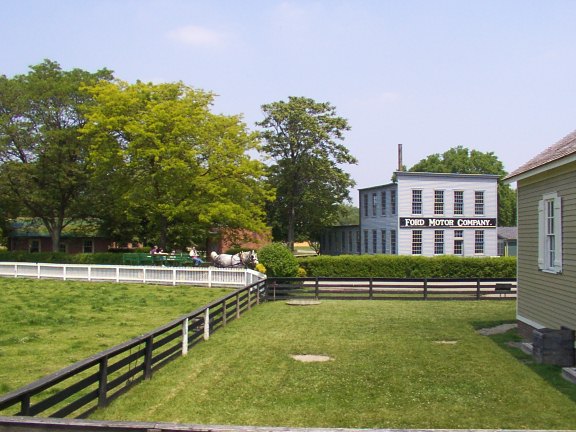 to Europe to take photographs of parks, and by the fall even Roy was investigating purchasing amusement rides in Europe. The fol­lowing March, Goff was visiting New Orleans during Mardi Gras, then went on to Atlanta to examine available train stock for the park. He would make another extended reconnaissance trip a year later to New York museums, Old Sturbridge Village in Massachusetts, the old Erie Canal, Greenfield Village in Michigan, the

Lincoln Museum in Chicago, the Smithsonian Institution in Washington, Colonial Williamsburg, Marine­land in Florida, the Tallulah Falls Railroad in Georgia, and the Steamboat Museum in St. Louis, and he was part of a delegation that visited parks around Los Angeles to gather information on how to run a facility. There was so much activity at WED that at the same time Goff was making his tours, he was also working on the Dancing Man miniature, assembling a coach for the park, and drawing elevations for the submarine in 20,000 Leagues Under the Sea.

pp 494-495,Walt Disney: The Triumph of the American Imagination

It is easy to see how deeply Walt loved the idea of creating something special in Disneyland. The mobilization of one of the world’s most creative think tanks led to the foundation of Walt’s legacy, a family themed, magically entertaining world inspired by some of the most amazing locales they could find.
In the middle of it was Harper Goff. Harper used this time to grow into one of the essential creative minds at Disney, parlaying on the success of his two oscars from “20,000 Leagues Under the Sea”. Later, he designed the layouts for World Showcase, as well as the UK, Japan, and Italy pavillions.
One of this Geek’s favorite Goffchievements are his contributions as set designer and art director for “Willy Wonka and the Chocolate Factory” in 1971. Only a career spent at Disney with no imagination boundaries could have led to the creation of Wonka’s Chocolate Room. I am sure you remember this edible nerve center of the chocolate factory with its chocolate river….
I still have visions of this room every time I enter The Confectionery on Main Street. Mmmmmm.
Don’t forget to stop by our site and leave some Disney Geek love!