Well, many said we could never do it.

A few said we would end up in a fist fight.

Some said it would never last.

Of course I am referring to our fiftieth Daily Figment. That’s right, we hit the big 5-0. Now we know how Mike Scopa feels. 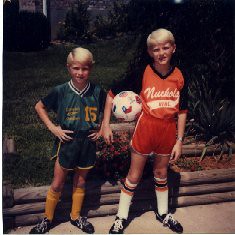 The Disney Geeks Pre-Disney (circa 1982). Check out the shorts!

The other big mile marker is that we are 100 days out from MouseFest. Yes, the Disney Geeks will be taking part in MouseFest this year. We aren’t hosting anything, but we will be attending and stalking our favorite blogger/podcaster celebrities. We will also be looking at the possibilities of some heckling.

We are going to be lodging at the Pop Century Resort.

If you’re new to MouseFest, check out some of these podcasts: 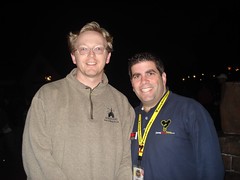 Disney Geek George meets the Uber Disney Geek (Lou Mongello) in 2006.
George is on the left and Lou is on the right. They look so similar that it is almost like a reverse negative. Which means what?

Some of our favorite moments from the first 50: 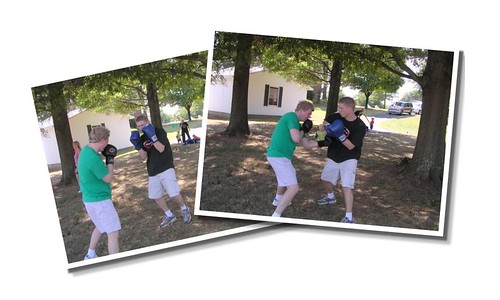 The Disney Geeks discuss the intricacies of the Disney Dining Plan.

Keep those cards and letters coming; Thanks for being a part of our community.

5 thoughts on “Daily Figment 50 “All that Glitters, Ain’t Gold””