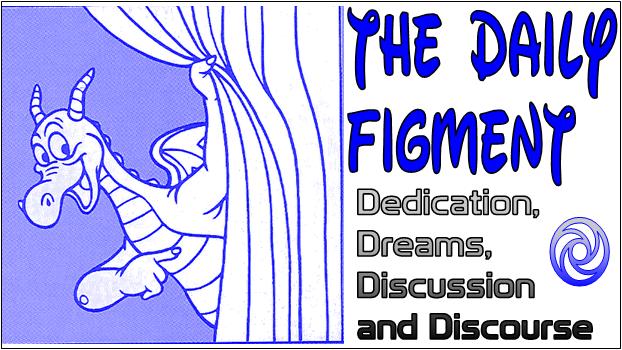 With so much attention being placed on the developments at Epcot recently (i.e., the wand coming down, the addition of Nemo

to The Living Seas and the updated Three Caballeros attraction), I thought I would add my three cents. [ed. note-that’s one better than two.]
With so many positions and so many of them in direct opposition, even the majority of the posters out there that reside on either side of the fence would agree that Epcot is still fun, even though its mission may have become diluted or watered down. The intent of these ramblings is to bring us back to the center of the target; a collection of quotes and other media that will paint a broader picture of Epcot. To help us see this Disney Geek’s opinion of Epcot’s missed mission and therefore, its missed opportunity.
Let’s start with the obvious, an excerpt from a speech written by Marty Sklar and delivered by Walt Disney in 1966, outlining the tense of Epcot. Even if you have read this a thousand times, read it again and judge where we are today in the life of the park in the context of this concept introduction speech. 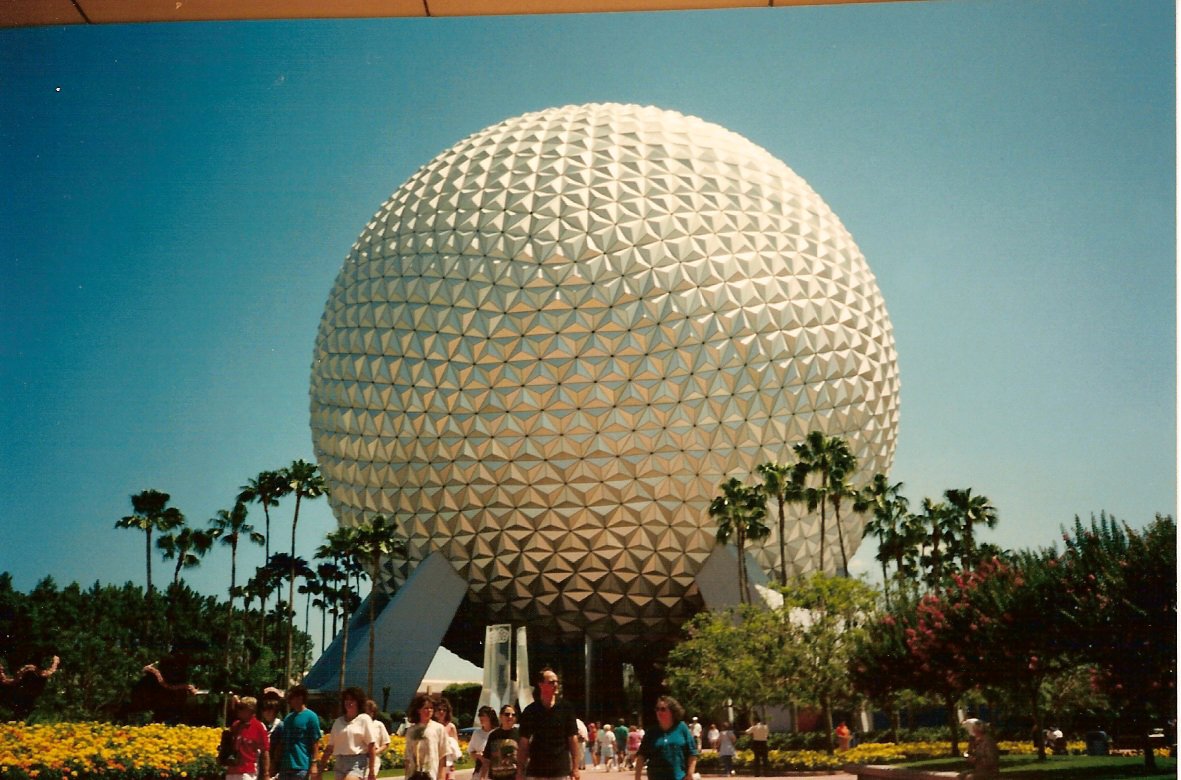 Epcot will be an experimental prototype community of tomorrow that will take its cues from the new ideas and new technologies that are now emerging from the creative centers of American industry. It will be a community of tomorrow that will never be completed, but will always be introducing and testing and demonstrating new materials and systems. And Epcot will be a showcase to the world for the ingenuity and imagination of American free enterprise.
Obviously you can make an argument whether or not these directives are being accomplished, but I would say that Epcot has strayed far from these concepts with the current changes at the park. While the mission above seems to be pretty clear, even in some of Disney’s own literature that came out later (Walt Disney’s EPCOT Center, 1981), the mission becomes a little more diluted. The focus of the passage below seems to move more towards entertainment:
While entertainment will continue to be a highly visible attraction of Epcot Center, it is the underlying educational value of Future World that is its most important contribution. Exciting, amusing, and fascinating as each pavilion is in itself, it is but an element of a project that may well be viewed as a springboard to our discovery of new worlds.
1966–no mention of entertainment as a focus. 1982–EPCOT seems to be about edutainment more than being a true city of tomorrow.

My main problem is that the city of tomorrow as envisioned in the 80’s was outdated in the late 90’s. I have visited Innoventions five times in the last 11 years and the last truly innovative thing I saw there was HD TV on display in 1996. I have made it a point, as I visit there, to look for the next new technology that blew my mind like HD did back in 1996. Since then, nothing. 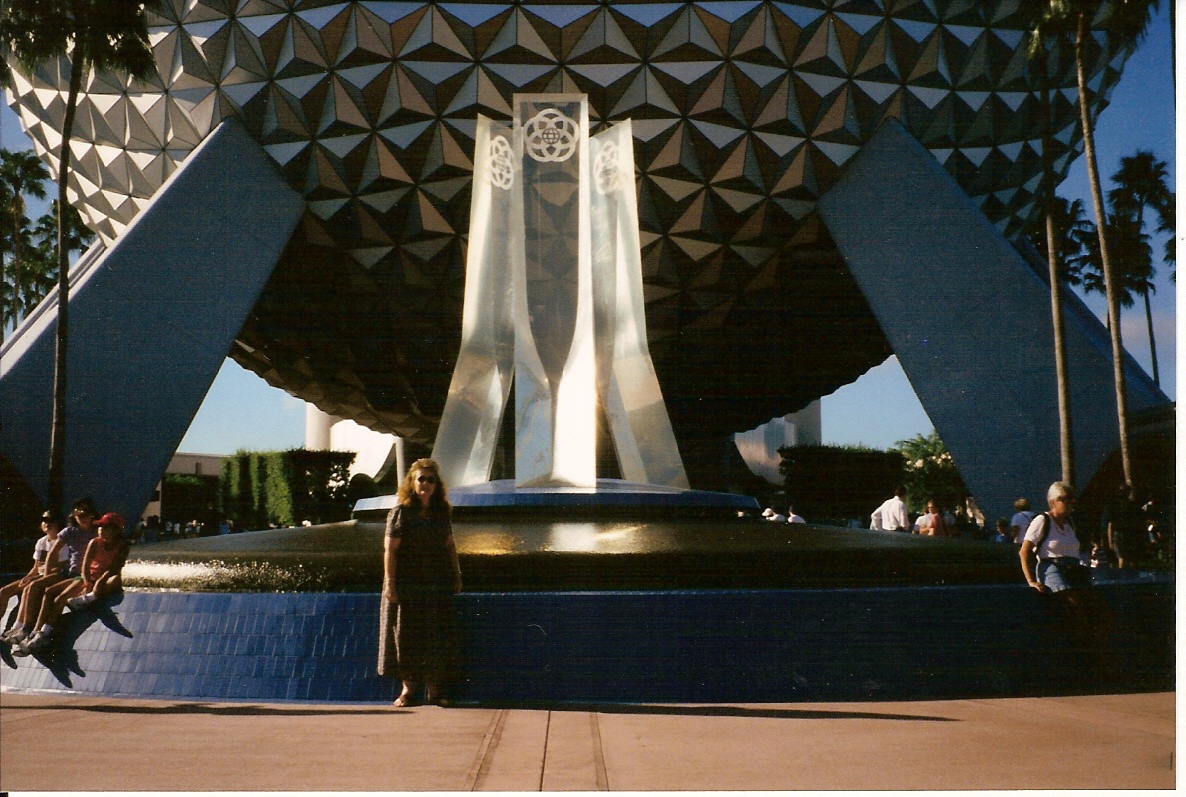 Don’t get me wrong, I LOVE Soarin‘. Who wouldn’t? But is it a fulfillment of the Walt quote above? See, I think we are missing the point with all of this stress about the wand coming down and the Nemo overlay. It is certainly worth discussing, but for goodness sake, we are taking our eye off of the ball. The next person that argues that Mission: Space is an example of partnering with American free enterprise to showcase our ingenuity for the world is going to be flogged sixty times with a churro. Cool ride, yes, but innovative, not really. The centrifuge has been used since the 1700’s in scientific applications and has been used in the same application as Mission:Space for over forty years to train astronauts and pilots. Epcot has long missed the point. Until Disney frees itself of the nostalgia crunch it is currently in with this particular park, Epcot will never be what Marty and Walt envisioned in the sixties. It lived up to its original honus for approximately 12 years until the future the Imagineers dreamed of quickly passed them by.
Can we rip down attractions and put new ones up every time a new technology is invented? Of course not, but that is why the centerpiece of the park is the cradle surrounding Spaceship Earth…INNOVENTIONS. (Note to Imagineers: Sonic the Hedgehog video game is not innovative anymore)
My view of Epcot is colored to the point that I will always love it, no matter what future direction it takes, but how has missing the mark colored the park for the average ticket buyer? Watch this and laugh:
http://video.google.com/videoplay?docid=-4912521588145163825&q=walt+epcot+1966&total=1&start=0&num=10&so=0&type=search&plindex=0
At first this upset me a little because I love Epcot so much that it made me feel defensive. But really, though, no really….this is so funny and so exaggerated that it reeks of the truth. Oh how I pine for what it must have felt like to walk through Epcot in 1982 and be blown away by Disney’s vision of the future.
Blow our collective minds Disney. We all know you can do it and we all have had it done at some point in the past. For the sake of Epcot and not Epcow, do it now.
Don’t forget to stop by our site and leave some Disney Geek love!