With the Epcot theme park finished and $300 million over budget, the Imagineers had been targeted for extinction by the previous regime, and it was true that much of their work could be subcontracted much more cheaply. When Eisner and Wells arrived, Sklar and his team were at work on a new water ride, in which guests would ride logs down a hurtling flume, culminating in a thrilling drop down a waterfall. [Ed. Note—-AWESOME!!!!!] 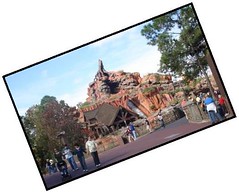 Dick Nunis had asked for a water attraction, the kind of ride growing in popularity at amusement parks all over the country, but had balked at the proposed $80 million cost. But Eisner loved the scale model of the water chute, and urged Sklar and Nunis to go forward. “Frank and I often favored the more creative (and costly) solution to the problem,” Eisner later said, which coincided perfectly with the attitude of the Imagineers, who had long been criticized for ignoring budgets. Sklar showed Eisner the early models for Disneyland and Disney World, took him into the archives, and regaled him with stories of Walt’s and Roy’s often contentious relationship. Eisner was “blown away,” as he put it. The possibility of more theme parks was already in his mind. The Imagineers had saved their very existence. 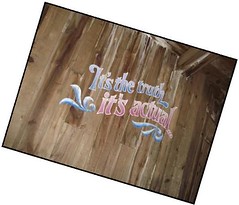 So, a reason to sing zip-a-dee-doo-dah! Even Eisner was in love with the mythos of Walt Disney. It is amazing to think that a single ride model could save the Imagineers and hurtle Eisner and Wells into the Disney Decade.

Hands down, this is the favorite attraction of the Disney Geeks. We’ve actually got an in-park tradition that we perform related to this ride. To provide the maximum amount of gloating, whichever one of us in in the queue for Splash Mountain will call the other one. Usually when the other Disney Geek is at work.

When the Disney Geeks are at MouseFest this year, who will we call?