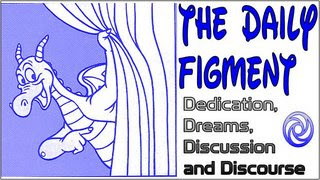 Rolly and Yale created and tested an entire mansion’s worth of special effects, including gags in which in which it appeared that portraits and marble busts followed guests’ every move, and an eerie projection illusion that would come to be known as the “Leota Effect.” “Yale and I were roommates for the year of 1959,” Rolly recalls. “Most of the stuff was his idea and I’d expand on it. Yale was kind of like a Geppetto, always tinkering with stuff. We were like a couple of kids just doing whatever we wanted to do.”

Rolly relates one of the humorous side effects of their work. “Yale had all his ghosts and magic strewn throughout the room. Once, we got a call from personnel, asking us to leave the lights on because the janitors didn’t want to come in if it was dark. Well, we did, but we rigged the room. We put an infrared beam, and when it was tripped, the room went to blacklight and all the ghost effects came on. When we came in the next morning, all the effects were running and there was a broom lying in the center of the floor. Personnel called and said, ‘You have to clean up your own room because the janitors won’t go in there anymore.'”

-The Haunted Mansion; From the Magic Kingdom to the Movies, Jason Surrell, page 20

Ever get the Sunday blues about having to go back to work on Monday? I get the feeling that the early Imagineers probably didn’t mind so much. In reading the aforementioned book by Jason Surrell, it becomes clear why the Haunted Mansion has become one of the most endearing attractions at Disney. It’s longevity is a function of the YEARS of planning that went into the concept and design of the attraction and owes much credit to an amazing group of contributors such as Rolly Crump, Yale Gracey, Ken Anderson, Marc Davis, Claude Coats, X. Atencio, and Walt himself before he passed away. The Haunted Mansion was well over a decade in development and has the most essential element of connectivity that Walt preached in his early days of animation: fear. Three act serendipity from a potpourri of scripts, storyboards, and treatments have given many of the people who will read this some of their best memories of trips to the parks.

Monday Morning Addendum: Be sure to check out the Ghost Relations Department blog. It is a weekly blog that has new, obscure or just plain odd information about the Disney Haunted Mansions. And it is Disney Geeks approved!