All of the recent discussions about Epcot made me curious about some of my son’s preferences and thoughts regarding Walt Disney World. Although we talk about WDW all of the time, we are usually discussing memories. I wanted to delve a little deeper.

We, the Disney Geeks, came up with a series of very scientific questions that we are going to pose to our blogging neighbors. Sort of a get to know you section. What follows is a transcript of the interview using some of the questions: 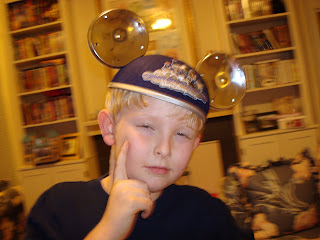 Dad: What is your earliest Disney memory?
Son: Sitting in Grandma’s wheelchair at a fork in the road at the Magic Kingdom (editor’s note, 2001 trip)

Dad: What is your favorite Disney and non-Disney movie?
Son: Chicken Little. I love that one. Non-Disney movie, hmm. Star Wars: Episode III

Dad: What is your least favorite park?
Son: Out of all of them? Straight shot. Animal Kingdom. It is just boring.

Dad: What is your favorite park? 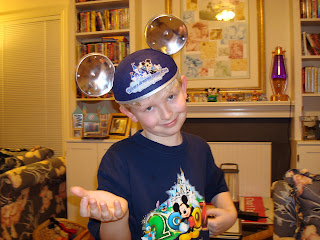 Son: Disney-Mgm Studios. It is just incredibly cool. Action in real life. It is totally awesome. I like Indiana Jones Stunt Spectacular, The Muppet 3D. There’s a lot of cool stuff in there, but one that I totally hate, The Great Movie Ride

Dad:Who is your favorite Disney character?
Son: (snickers like Muttley) Gonzo, he is funny at the start of every show.

Dad: What is your favorite Disney song?
Son: That Chicken Little song, “End of the World as We Know it (And I Feel Fine)” (editor’s note, R.E.M.)

Dad:If you could switch places with any historical or living Disney employee, who would it be and why? 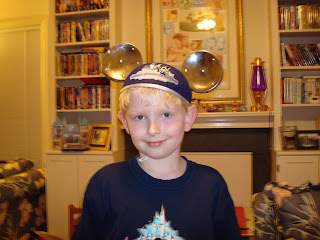 Son: I can only remember one, Walt Disney.

Dad: What is you’re must eat food at WDW?
Son: Easy one. Beaver tails. They are just irresistable.

Dad: What is your favorite place to be at WDW?
Son: In the Disney-MGM studios at christmas time for the Osbourne Spectacle of Lights

Dad: What is your favorite restaurant?
Son: Rose and Crown. Food is incredible, there. And I like the really big cups (editor’s note: he is talking about my Souvenir Half Yard of Guinness at the Rose and Crown…geeez)

Dad: What is the first thing you want to do on your next trip? 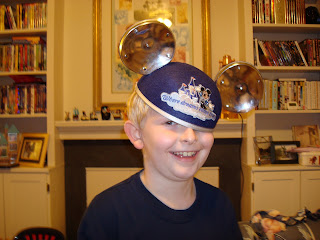 Son: Go to the Disney-MGM Studios and see the Indiana Jones Show.

Dad: What is your favorite fireworks show?
Son: Fantasmic

Dad: Why do you like Epcot
Son: Because of the World Showcase.
Dad:Why?
Son: The gift shops, the food and sometimes the countries.
Dad:Favorite country?
Son: Japan, because of the gift shop. Lots of Pokemon. I like the manatees. You know, that place at Epcot. Are we done yet? 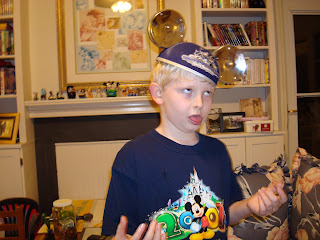 2 thoughts on “Interview with an Eight Year Old”